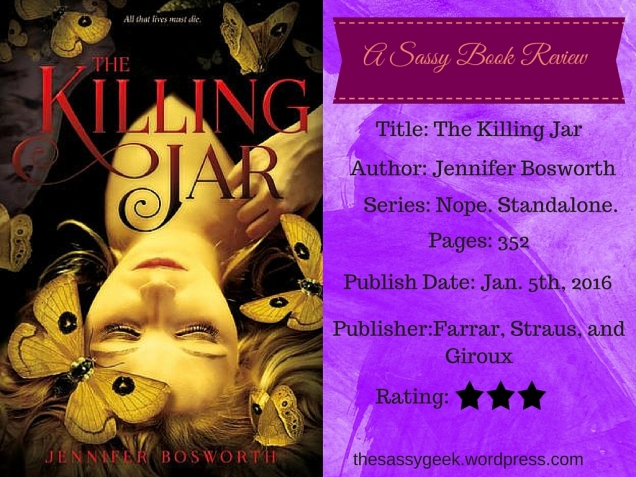 Seventeen-year-old Kenna Marsden has a secret.

She’s haunted by a violent tragedy she can’t explain. Kenna’s past has kept people—even her own mother—at a distance for years. Just when she finds a friend who loves her and life begins to improve, she’s plunged into a new nightmare. Her mom and twin sister are attacked, and the dark powers Kenna has struggled to suppress awaken with a vengeance.

On the heels of the assault, Kenna is exiled to a nearby commune, known as Eclipse, to live with a relative she never knew she had. There, she discovers an extraordinary new way of life as she learns who she really is, and the wonders she’s capable of. For the first time, she starts to feel like she belongs somewhere. That her terrible secret makes her beautiful and strong, not dangerous. But the longer she stays at Eclipse, the more she senses there is something malignant lurking underneath it all. And she begins to suspect that her new family has sinister plans for her…

*** Thank you to Netgalley and Farrar, Straus, Giroux / Macmillan Children’s Publishing Group for giving me this ARC in exchange for an honest review ***

This was an exceptionally fantastic book, I was genuinely surprised by how much I enjoyed it! I went into it not expecting a whole lot but oh boy did it take me on an unexpected journey.

I’m going to start off by saying the overall storyline is a bit weird, but definitely in a good way I promise! There’s a bit of supernatural phenomena and a little bit of a cult aspect added. They made for a very intriguing plot though. It made the book extremely different and unique. If there’s one thing I adore in a book it’s being slightly weird and 100% unique.

Plus the bits of supernatural flare really add to the overall creepy atmosphere of the book, I felt myself getting pretty worked up throughout some parts. I got super anxious to know what was going on! It also gets pretty….twisted is a good way of putting it. Some stuff that happens is pretty messed up…..This book is one that will more than likely give you chills, definitely gets pretty creepy while reading.

The pacing is also perfect, it wasn’t rushed and it wasn’t dragging on. There was NEVER a dull moment. I read half of this book in one sitting, the book had me in its grip and refused to let go! There was plot twist after plot twist, not major ones but many minor ones in a row. It definitely kept me reading, I HAD to know what was going to happen next until I finally reached the end of the book .

Another thing I adored was the mythology created for the story, it was fascinating. My yearning to learn more about it and understand it is really what drove me to read on. Although there wasn’t much world building to speak of since this is more of a contemporary with fantastical/supernatural elements. Maybe more of an urban fantasy?

A small complaint I have about the plot was that I felt some of the plot twists/reveals were a little predictable. Not anything irritatingly obvious however. Some things took Kenna (the MC) way too long to figure out, I mean she didn’t understand until things were staring her right in the face, especially towards the end of the book. Most of the reveals though were surprising enough to keep the book entertaining.

Kenna is the main character of this story and she has a very unique secret she lives with. I won’t spoil anything, I feel the less you know about the plot and Kenna the more interesting it will be for you to read it.

Kenna made for a pretty decent protagonist, she wasn’t afraid of anything and she was smart as well. She wasn’t a damsel and she sure as hell didn’t wait around for any boys to come save her or her family. I just didn’t LOVE her because I felt she was a little too….dreary. I get that it’s part of her personality but it’s not something I exactly treasure in my heroines. Although it did make her all the more realistic.

Most of the secondary characters were pretty interesting, I like how ALL of them were equally developed. Very minor characters still had personalities described as much as the more major ones, and I REALLY liked it. I mean I like to know details about other characters just as much. Mostly I’m talking about the Eclipse people.

Although they didn’t have much of a role in the story expect to …well be there.

Kenna’s mom is pretty centeral to the whole mystery aspect of the plot as well as Kenna’s grandmother. So they made for some well developed characters.

There’s also Erin, Kenna’s twin, and Blake Kenna’s neighbor and love interest. Erin is the perfect opposite of Kenna and I thought she was super….cute. Yeah, cute is the best way of describing her. I loved her about as much as Kenna did!

Blake was adorable as well, he was the super sweet boy-next-door. That’s kind of all I have to say about him. Sometimes I thought he might have been TOO shy, timid, and cuteys. Overall I liked him as the love interest.

I know what you’re thinking, “Oh no, not again!” But hear me out. It’s really not that bad. Most of the time love triangles are annoying, but I didn’t mind this one because I REALLY liked both love interests.

Cyrus, the hippie/cowboy who is all ruggedly handsome and muscly and Blake the timid and adorable boy-next-door.

I really liked the both and it IS NOT a central plot element, the love triangle or even the romance for that matter is NOT dwelled on.

Overall I quite enjoyed it and I really liked how the romance played out.

I adore the cover of this book and I actually really just like the name as well. And what makes me love both of these things even MORE is how they tie SO WELL into the actually book’s storyline! I don’t know what it is about that but when it happens it makes me really excited when everything clicks together like that!

I really enjoyed this book, it was fast paced and kept me reading. The overall plot elements were very compelling and it ended very satisfactorily.

You bet I do! If you’re looking for a book that’s very different and unique I’d give this one a try. Also if you enjoy books with supernatural elements and a slightly creepy tone, I’d check this one out.

Actually I just think you should give this one a try anyways, you might be surprised like me and enjoy it immensely! 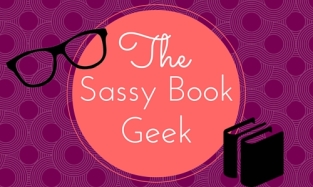 2 thoughts on “ARC Review: The Killing Jar by Jennifer Bosworth”