In a village without sound…

For as long as Fei can remember, no one in her village has been able to hear. Rocky terrain and frequent avalanches make it impossible to leave the village, so Fei and her people are at the mercy of a zipline that carries food up the treacherous cliffs from Beiguo, a mysterious faraway kingdom.

When villagers begin to lose their sight, deliveries from the zipline shrink. Many go hungry. Fei and all the people she loves are plunged into crisis, with nothing to look forward to but darkness and starvation.

One girl hears a call to action…

Until one night, Fei is awoken by a searing noise. Sound becomes her weapon.

She sets out to uncover what’s happened to her and to fight the dangers threatening her village. A handsome miner with a revolutionary spirit accompanies Fei on her quest, bringing with him new risks and the possibility of romance. They embark on a majestic journey from the peak of their jagged mountain village to the valley of Beiguo, where a startling truth will change their lives forever…

And unlocks a power that will save her people.

I don’t even know where to start with this review to be honest. Lots of other reviewers I trust TOLD me it was disappointing and did I listen? No, I did not. I loved Mead’s Vampire Academy series so I thought well maybe I’ll love this one anyways. Did I love it anyways? No, I did not.

Trust me when I say I REALLY wanted to like this book, and actually finishing this book seems to be quite the feat since most people DNFed it.

This is going to be a long rant….

The first and most important point I would like to make about this book is that it’s supposed to have tons of Chinese folklore and mythology in it, and it failed on that part. It failed hard. When I was 5 years old I dressed up as Mulan for Halloween and I was more Chinese than this book. There is absolutely NO Chinese folklore or mythology added to this story at all. There are mythical creatures called pixius that are mentioned so briefly I don’t think that even really counts.

Seriously this book should be TEEMING with Asian culture and it isn’t. The only thing that’s remotely Asian about this book are the names. That’s it! This is one of the most disappointing factors about this book, since I really expected the culture/folklore to be more developed and take center stage.

There was no world building to speak of and if you’re going to try and make your selling point “A new fantasy steeped in Chinese folklore” then you need to actually provide those two things. Seriously, not only was there none of the folklore but there was no fantasy aspects either. If you’re going to claim something as a fantasy you need to build your world! Convince me this is a fantasy!

Not to mention how slow and tedious the pacing was, this book is under 300 pages it should be a QUICK read. It really wasn’t though, the plot dragged on and only got exciting at the very end! If I could just take the ending of this book and extend it out, I could definitely rate this book higher. The whole thing was just…..dull and unexciting.

Speaking of the that….Remember those pixius I mentioned briefly earlier? No? Kind of? Yeah that’s the same feeling you get in the book as well. They were mentioned like two times and all of a sudden out of nowhere they become a super important plot point? The story was all over the place as far as that’s concerned…..

Here’s another thing that REALLY bothered me: The people in the village are ALL DEAF, okay? So when you’re doing your “dialogue” I don’t want you to say they “said” something when they’re actually signing it to each other. It makes no sense! They aren’t speaking to each other they’re signing! I really don’t think I’m being all that picky about this one, normally I can ignore that kind of stuff but this was actually bugging me a ton while reading.

This book is also supposed to be a stand alone novel, no series here folks. It did not feel like it though, ultimately the ending was not very satisfying and I don’t really feel like it ended at all. It just kind of stopped in a convenient place. Like I said earlier if I could extend the ending it could have been a much better reading experience.

Well not a whole lot actually. Mead’s writing style has always been a favorite of mine and it was apparent in this book but definitely not up to snuff. She was still able to write some scenes that made me….emotional. Trust me it was the writing, not the characters.

That’s honestly all that I remotely enjoyed.

Fei is the main character and she’s about as dull as a butter knife. No seriously there’s nothing exciting about her at all. She got put into some pretty intense situations and I felt like she never really REACTED to anything. She really lacked any sort of personality, she wasn’t fun to read about. I mean her job is to observe and record but come on girl you can actually DO some stuff every once in a while!

Li Wei is the love interest and pretty much the only other character in this book, if Fei is as dull as a butter knife then Li Wei is about as dull as a rock. There’s nothing charming about him at all, I don’t understand why Fei was all moony-eyed over him.

It’s pretty much got all of your basic romance cliches. Insta-love and forbidden love mostly. Fei and Li Wei basically insta-loved the hell out of each other when they were kids and now that they’re all grown up cannot be together. Why? Because of the village’s caste system, Fei is an artist and Li Wei is a miner. Therefore their love is FORBIDDEN. Great, right?

I really liked the fact that they loved each other at a young age so the insta-love was less over-whelming and that’s pretty much all I liked about it.

Count me majorly disappointed with this one. I LOVED Mead’s Vampire Academy series and therefore (against my better judgement) I wanted to love this one too. Unfortunately this book did NOT want me to love it.

I can’t honestly say I can, but if you have loved Mead’s other works and can look past the horrendous lack of any sort of Asian culture, go right ahead and read it. 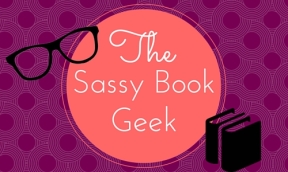