Victor and Eli started out as college roommates—brilliant, arrogant, lonely boys who recognized the same sharpness and ambition in each other. In their senior year, a shared research interest in adrenaline, near-death experiences, and seemingly supernatural events reveals an intriguing possibility: that under the right conditions, someone could develop extraordinary abilities. But when their thesis moves from the academic to the experimental, things go horribly wrong. Ten years later, Victor breaks out of prison, determined to catch up to his old friend (now foe), aided by a young girl whose reserved nature obscures a stunning ability. Meanwhile, Eli is on a mission to eradicate every other super-powered person that he can find—aside from his sidekick, an enigmatic woman with an unbreakable will. Armed with terrible power on both sides, driven by the memory of betrayal and loss, the archnemeses have set a course for revenge—but who will be left alive at the end?

First off all I’d like to say that I did this as a Buddy Read with Ariana at The Quirky Book Nerd. It was a lot of fun and I hope to do it again sometime since Ariana has great (and similar) taste in books! Make sure you check out her review as well.

Can I just use an Incredibles gif to sum up my entire review on a super hero book?

This book was amazing and I give all of that credit to V.E. Schwab’s incredible writing, seriously she’s definitely my new favorite author. “Vicious” is easily one of my new favorite books as well.

This is a book all about super powers and heroes versus villains, or is it? Who are the real villains and the real heroes? Quite simply the answer is, there are none. Not in “Vicious” anyways.

“Plenty of humans were monstrous, and plenty of monsters knew how to play at being human.”

This quote easily sums up the entirety of this book, I think. (Also there are TONS of great quotes from this book, just saying.)

I think it’s safe to say the entire plot of “Vicious” is one big morally gray area. There is no good or evil, only an in-between and even then it gets a bit…blurry.

The storyline is intense and highly addictive, every chapter ended with its own mini-cliffhanger. It definitely left me craving more and forced me to keep reading. There’s just so much suspense and every little thing was building up to something bigger.

Seriously, there’s SO MUCH SUSPENSE.

One way that Schwab built up this suspense was by alternating perspectives, not only did we get insight into multiple character’s POVs but we also jumped back and forth in timelines. Normally that’s something that can be pretty annoying and confusing, having chapters in the past and present both, but ultimately Schwab uses it in her favor. By doing this we are given pieces of the story one at a time, which definitely adds mystery to the story as a whole.

I also thought a lot of things that occurred in the story were VERY unpredictable, I felt like I was being bombarded with tiny plot twists! If it was possible to cover my eyes while also continuing to read I would have while reading “Vicious”. 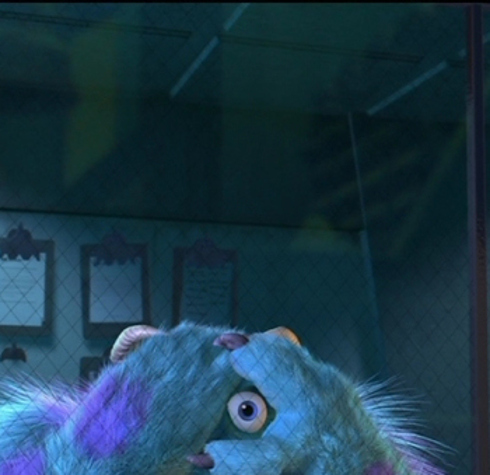 That’s something I REALLY loved about this book, the shock factor. When I don’t see things coming and am truly shocked by a turn of events, I know it’ll turn out being a great read. “Vicious” certainly turned out to be a GREAT read indeed.

“Vicious” is a VERY  character driven book and I was not disappointed with them at all.

The characters are easily the best part about this book, hands down. They’re all incredibly complex, well developed, and more than a little fucked up. They all have flaws that make them feel all the more realistic and you won’t be able to help sympathizing with them.

Nobody is inherently good or evil, they’re all just morally conflicted and everyone follows their own agendas. Some do good things but for ulterior motives and some do bad things for reasons, in their eyes, are for the greater good.

There wasn’t a single character I didn’t love or at least loved to hate, how could I hate such well written characters?

Victor Vale is more or less our main protagonist and my personal favorite. Sure he’s hell-bent on revenge and will do anything necessary to get it, but he’s not all that bad. As I said Victor’s main concern is getting his revenge but there are certain things he does that really shows his humanity, making it impossible to despise him for the bad things he does.

Eli Ever is an asshat. He likes to play hero and has delusions that he’s supposed to carry out God’s will by killing off EOs (people with “extra-ordinary” gifts). Yeah, Eli’s pretty much deranged. I HATED HIM. Which is what made him an excellent character also, I mean he has to be pretty well written for me to hate him so much…….

The secondary characters such as: Mitch, Sydney, Serena, Dominic, and Dol were also just as fantastic and all had their own flaws making them feel just as important and real as Victor and Eli.

Serena falls into the same category as Eli, super messed up in the head. She does some extremely questionable things but still manages to show some decency that makes it so you can’t quite hate her as much.

Sydney is a sweet and innocent 12 year old girl. I felt protective of her throughout the story, she’s just too awesome and precious.

Mitch is actually one of my other favorite characters, he’s probably one of the nicest and most sincere people in this book. Meaning, Mitch actually has a conscience.

We didn’t actually see a lot of Dominic but he’s a pretty sympathetic character, well maybe in more of a “you pity him” kind of way. Anyways his power is freaking sweet and my personal favorite.

“Vicious” is definitely one of my new all time favorite books, how can you go wrong with morally ambiguous characters with super powers? Well maybe you can but not if you’re V.E. Schwab.

Now all I have to do is wait for the sequel….

A thousand times yes! If you love morally conflicting characters and if you want an “adult” super hero story then I recommend reading “Vicious”. Or if you’re not a big fan of super heroes and just want a really suspenseful, fast paced story then I’d give this a go as well.