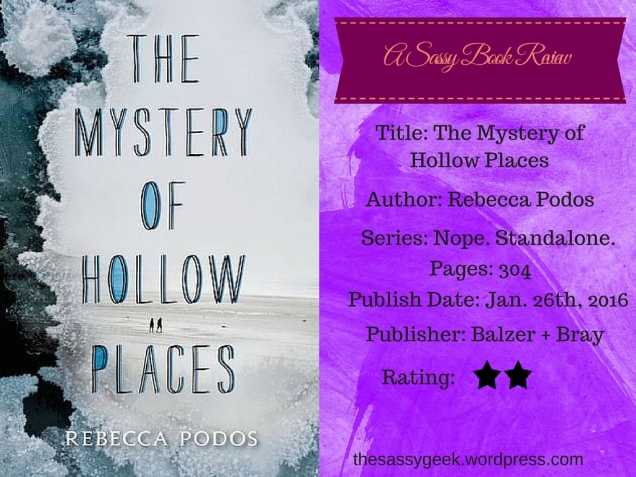 All Imogene Scott knows of her mother is the bedtime story her father told her as a child. It’s the story of how her parents met: he, a forensic pathologist, she, a mysterious woman who came to identify a body. A woman who left Imogene and her father when Imogene was a baby, a woman who was always possessed by a powerful loneliness, a woman who many referred to as “troubled waters.”

Now Imogene is seventeen, and her father, a famous author of medical mysteries, has struck out in the middle of the night and hasn’t come back. Neither Imogene’s stepmother nor the police know where he could’ve gone, but Imogene is convinced he’s looking for her mother. And she decides it’s up to her to put to use the skills she’s gleaned from a lifetime of reading her father’s books to track down a woman she’s only known in stories in order to find him and, perhaps, the answer to the question she’s carried with her for her entire life.

This was a book that was a little out of my comfort zone, I usually don’t read contemporaries. It was just sort of….boring in the end.

Even though I didn’t really enjoy “The Mystery of Hollow Places” I did enjoy Podos’s writing style and I think anything else she writes in the future would still be worth checking out.

First off, those of you who don’t think or aren’t sure if this is a YA book. It is. My library didn’t have it shelved as such but I read this and it is most definitely more of a YA book. The main character is a teenager and she spends a lot of time with her best friend talking about life, boys, and other teenage-girly things. It’s not by any means overwhelmingly teenager-y though.

The overall “mystery” of the story was very lacking. It was nowhere near as shocking as I was anticipating, I mean I wanted an actual mystery OK? The reveal (if you can even call it that) was very anti-climatic and there were zero twists to speak of. I wasn’t thrilled or held in any from of suspense, which I kind of expected to be since it’s supposed to be a mystery….

The beginning of “The Mystery of Hollow Places” does a great job of reeling you in as well as building up the mystery itself and some mild suspense, but then it kind of sputtered into the realm of boy crushes and prom woes. Was there a ton of boys and prom? No. Was it slightly annoying in the face of a girl’s father having gone missing? A little bit.

Seriously though, the mystery really turned into nothing after a few chapters. I honestly don’t know why I kept turning pages…oh wait yes I do. The writing. It is pretty magnificent. Honestly it was my favorite part of reading this book, it kept me turning pages even if the plot itself actually didn’t. I think Podos is a promising writer and I’ll probably check out her future books.

Unfortunately I was still left hanging on a few things by the end of the book, I wouldn’t necessarily call them plot holes it was just…..stuff that wasn’t ever really established. The Why’s of the story, if you will. Just a little Heather pet peeve. Although I will say Imogene’s search for her father was actually quite believable, everything she did was pretty much within any teenager’s reach.

For those of you who, like me, appreciate a little diversity in their YA you’ll like our main character. Imogene is half Caucasian and half Asian, just a tiny detail I enjoyed.

I did enjoy all of the characters as a whole, they were interesting and I actually cared what was happening with them. Usually I have one or at least a few characters to pick at but in this case they were all decent enough that I didn’t have any issues.

Imogene herself is quite relatable with her introvertedness and need to carry a book with her everywhere she goes. Although she’s kind of a loner, brushing people who care about her off a lot. That was a little annoying but overall I did like her personality in general, she’s an extremely determined girl and I loved it.

I also liked Imogene’s best friend, Jessa. She’s the girl-next-door, super popular, and beautiful. But Imogene makes sure we know this every time she is around Jessa, she’s constantly comparing herself to Jessa and it grew a little tedious to read about. Jessa never acted better then Imogene so why the hell did Imogene need to constantly talk about her beauty and how plain she was compared to it? Talk about annoying.

Either way, I enjoyed the girls’ relationship. I thought it really added a nice element to the story, girl-power if you will. Plus who doesn’t like reading about a friendship that always has the BFF there to help the MC out?

There isn’t really any and for ME that’s a pretty big plus. Sure there’s talk of boys and crushes and prom dates, but there isn’t any real romance here. Imogene did have a huge crush on Jessa’s brother, in which I shipped it hard but that’s pretty much all though.

For a YA book it was extremely refreshing in this sense.

Overall I really enjoyed the writing and the characters but the plot and “mystery” fell way too short for me. There was no suspense or build up to the ending and it was….flat and more than a little disappointing. I can’t rate the book anymore than a 2 Star for that.

Maybe so, maybe no. This really depends on you, it just wasn’t my cup of tea. Generally though I don’t think I can really go around recommending “The Mystery of Hollow Places” to anyone. 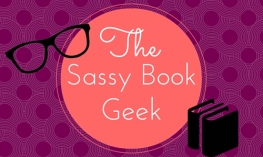 One thought on “Book Review: The Mystery of Hollow Places by Rebecca Podos”