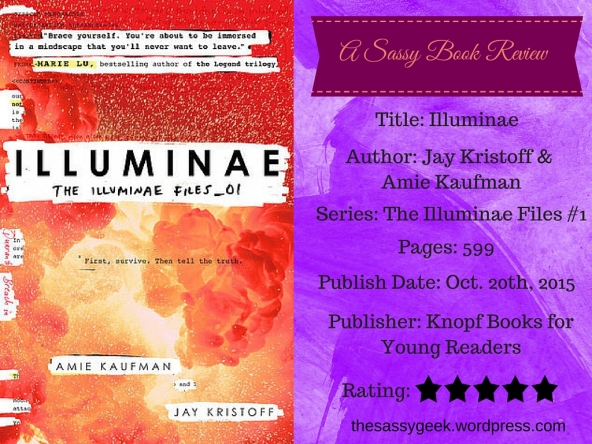 This morning, Kady thought breaking up with Ezra was the hardest thing she’d have to do.

This afternoon, her planet was invaded.The year is 2575, and two rival megacorporations are at war over a planet that’s little more than an ice-covered speck at the edge of the universe. Too bad nobody thought to warn the people living on it. With enemy fire raining down on them, Kady and Ezra—who are barely even talking to each other—are forced to fight their way onto an evacuating fleet, with an enemy warship in hot pursuit.

But their problems are just getting started. A deadly plague has broken out and is mutating, with terrifying results; the fleet’s AI, which should be protecting them, may actually be their enemy; and nobody in charge will say what’s really going on. As Kady hacks into a tangled web of data to find the truth, it’s clear only one person can help her bring it all to light: the ex-boyfriend she swore she’d never speak to again.

Now I know that 5 star rating makes it seem that this book is perfect, it is not. I did have some issues with it that I will explain further, but whenever I find myself constantly thinking about a book until a finish it….well I just have to give it a 5 star rating.

Every single time I had to put “Illuminae” down to resume real life, I found my mind wandering back to it’s characters and plot wondering what the hell was going to happen next. For me, that makes the perfect book.

Where do I even start? This book was fast paced, intense, and thrilling as hell. It really did blow my mind, I loved every single second of it.

The book is told through a series of hacked documents, schematics, emails, interviews, camera footage, you name it. It made the formatting an absolute treat to read through, which is why I’m going to definitely recommend getting a physical copy of this bad boy. Seriously don’t do the e-book, guaranteed you will not be satisfied with it. It’s just something that adds a lot to the reading experience.

The plot itself is what kept me reading, as I said it’s so fast paced. All I wanted to do was sit and keep reading until I got to the end.

We start with the assault of a planet called Kerenza, which ends in a fleet of 3 ships fleeing for their lives with some of the planet’s refugees. From there things only get worse and worse for these survivors. I mean you think of the worst possible shit happening to these people and then it happens, it was insane! One thing keeps going right after the other propelling the story along at a breakneck speed.

I felt every emotion imaginable while reading through the events of “Illuminae”, reading through these people’s personal messages really tugged on the heart strings at times. My anxiety levels were also constantly fluctuating from the suspense of what would happen next, every damn plot twist made me want to scream! In a good way that is. I also felt complete and utter terror during some certain plot developments, TERROR.

Honestly I could gush about the story line forever, it has everything you could ever want in a sci-fi book!

Not to mention every single one of those elements comes with its own mind-blowing plot twists! Yay!

Of course I would love nothing more than to go into detail but I don’t want to spoil anything, hopefully just those points will convince you.

This is where some of my issues with “Illuminae” arrive, with the characters.

I didn’t feel very close or connected with any of the characters, I believe the formatting  made the experience with the characters a little detached. Don’t get me wrong though, whenever any character (major or minor) died I was upset. I think we can thank the overall story itself rather than the character depth. It was more the manner of any deaths that was upsetting more so than the characters themselves departing.

Now the only important players in this game are Kady and Ezra, everyone else is secondary which I found a little annoying. I wanted more insight into the other characters, like the ones actually directing this fleet of spaceships, and not just the two lovesick teenagers. We did explore a little bit with other characters extremely briefly, but it just wasn’t enough for me to be completely satisfied.

Kady was a pretty strong, badass heroine. I loved her determination when it came to saving people and doing what was for the best. Other than that though she was pretty meh, Kady really lacked any sort of personality. We never got a feel of what she liked or disliked or anything of that sort. I liked her actions, but not so much Kady herself.

Ezra is the love interest, that’s basically it. I said he’s the other main character for the simple reason of he gets the most “screen-time” in the book other than Kady, but really he served no real purpose except that of being the love interest. If I thought Kady lacked personality, Ezra was like a wet mop. I didn’t think he was romantic at all, mostly he annoyed the living fuck out of me with all of his stupid humor.

I actually cared about the minor secondary characters more than I cared about these two. Random space pilot got killed in action? Yes I felt more sadness for that kind of stuff than I did whenever Kady or Ezra were in any sort of peril.

Also the AI is my favorite character, does that count as a character? Yes it does. He (or it, whatever) had more depth and more personality than any of the human characters did and that’s really saying something since he’s a computer.

Not a fan. Am I ever a fan, you may ask? Not really, sure there are some books that come along and make me a team romance kind of person. Was “Illuminae” one of those? Hell no.

Honestly the book would have been so much better if there wasn’t that constant romantic chatter between Kady and Ezra, it was annoying. It wasn’t romantic, I didn’t swoon. If Ezra and or Kady got shot out the airlock I would watch them go by and think “Oh no, now what will you do? Oh yeah, maybe we can get on with the COOL parts of the story again.”.

I liked these two better as individuals than I did as a couple. They were not cute in the least bit. Sorry, I just wanted to roll my eyes whenever they spoke to each other. All of their banter felt really forced and I just felt zero chemistry between them.

On a side not, one thing I DID like was the fact that no insta-love was present. The book starts with these two “breaking up” therefore they had a relationship prior to the events of the story. I liked that, there was no need for any of the insta-feelings because there were already feelings there. This was pretty much the only reason I found the romance to be somewhat tolerable.

“Illuminae” is an action packed, thrilling, unique, sci-fi read. I had some issues with the characters and romance but the sheer awesomeness of the story itself and the book’s formatting far outweighed those issues.

As I said when I can’t stop thinking about a book while I’m not reading it and when I go and tell every friend or family member about it (that will listen anyways…) because I can’t contain my excitement over this book, I KNOW it deserves every star I can give it.

Hells to the yes. I honestly can’t think of any reason not to recommend this to anyone. If I was ridiculously rich I’d buy you all a copy to ensure the chances of you reading it now!

And like I said earlier definitely spend the extra money to get a hardcover copy! It’s gorgeous and the formatting will make it hard to read on an e-Reader and way less enjoyable overall. 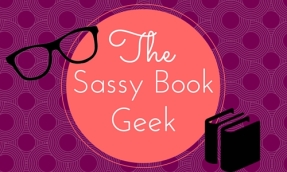