Magnus Chase has always been a troubled kid. Since his mother’s mysterious death, he’s lived alone on the streets of Boston, surviving by his wits, keeping one step ahead of the police and the truant officers.

One day, he’s tracked down by a man he’s never met—a man his mother claimed was dangerous. The man tells him an impossible secret: Magnus is the son of a Norse god.

The Viking myths are true. The gods of Asgard are preparing for war. Trolls, giants and worse monsters are stirring for doomsday. To prevent Ragnarok, Magnus must search the Nine Worlds for a weapon that has been lost for thousands of years.

When an attack by fire giants forces him to choose between his own safety and the lives of hundreds of innocents, Magnus makes a fatal decision.

First off I would like to say that I honestly enjoyed the Percy Jackson books a lot more but I still enjoyed “The Sword of Summer”. They both have TONS of similarities and it was almost a little annoying how similar the two actually are. There’s nothing really new here, people.

This pretty much explains the entire plot: Percy Jackson + Norse Mythology = The Sword of Summer.

While nothing in this book is necessarily game changing it still managed to be a fun read. It was fast paced and had me zipping through all 500 of its pages, although it did tend to drag the tiniest bit during certain parts. I think it’s easy to blame it on the book’s length, you can only stretch out the plot so much before it slows down a little. Although I will venture to say that you’ll be having so much fun reading it the page number will do little to deter you.

The mythological elements were still interesting and entertaining as well. Riordan once again immerses us in a wonderfully crafted world where ancient myths and the modern world collide. It was fun recognizing the few things I know of Norse mythology in the book but I also really enjoyed learning more as well.

Some of the events and happenings in the storyline itself were a little predictable too, I mean once you’ve read PJ then it isn’t too hard to see where this book is going. I’m not complaining about this too much since it didn’t actually spoil my read through so much and it IS a middle grade book . That being said though, it is definitely still readable for teenagers, young adults, and anyone older than that even.

Here’s another little tidbit: it helps to read Percy Jackson before this since there are some references to it, including a cameo by a major PJ character!

On one last, semi-plot related note. I enjoyed Riordan’s writing, it’s simplistic, fun, and entertaining. It made for very easy reading.

The characters are basically the BEST part of any Riordan book, am I right? Magnus Chase is so lovable, witty, sassy, and just downright hilarious. I adore him! He is literally a sarcastic, little sass-master and those fun qualities are what I love most about Riordan’s characters.

All of those factors can apply to almost every character in the book as well. They’re all fun, silly, and flamboyant. From Magnus’s elf and dwarf protectors to Thor the god of thunder himself, they were all memorable and amusing.

There’s also some diversity in the characters, we have an Arabic female character as well as a hearing impaired elf. They are pretty badass as well.

Sorry for such a short review, but there isn’t really much to say concerning this book since it isn’t anything different and what I have to say isn’t anything ya’ll haven’t heard before, I’m sure.

Overall there isn’t anything new here, it follows the same old “Riordan formula”. Although I did complain about this point a lot this is STILL a super fun book and I do recommend it if you loved his previous books. (Also excuse my excessive use of the word “fun”, it really is the perfect word to describe this book).

Definitely ,and like I’ve said throughout this entire review, I recommend it for any lover of Riordan’s past books or for anyone looking for a light-hearted, fun, mythology-filled book! 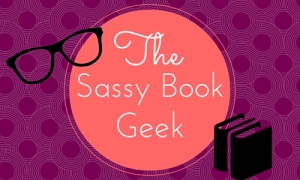 3 thoughts on “Book Review: The Sword of Summer (Magnus Chase & The Gods of Asgard #1) by Rick Riordan”