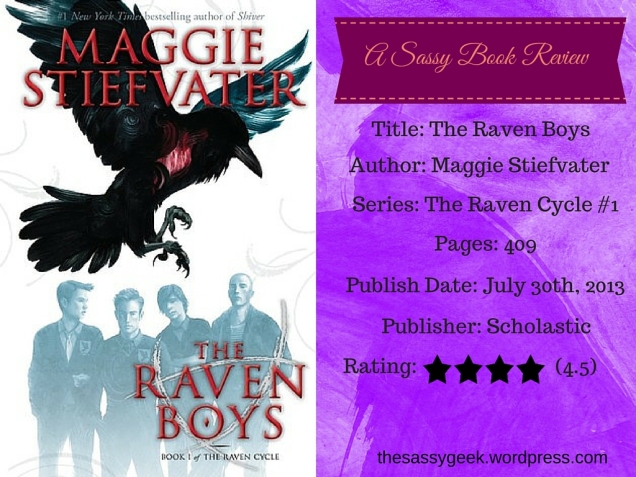 Every year, Blue Sargent stands next to her clairvoyant mother as the soon-to-be dead walk past. Blue never sees them–until this year, when a boy emerges from the dark and speaks to her.

His name is Gansey, a rich student at Aglionby, the local private school. Blue has a policy of staying away from Aglionby boys. Known as Raven Boys, they can only mean trouble.

But Blue is drawn to Gansey, in a way she can’t entirely explain. He is on a quest that has encompassed three other Raven Boys: Adam, the scholarship student who resents the privilege around him; Ronan, the fierce soul whose emotions range from anger to despair; and Noah, the taciturn watcher who notices many things but says very little.

For as long as she can remember, Blue has been warned that she will cause her true love to die. She doesn’t believe in true love, and never thought this would be a problem. But as her life becomes caught up in the strange and sinister world of the Raven Boys, she’s not so sure anymore.

Well this is me officially jumping onto the Raven Cycle bandwagon, I cannot even begin to explain how surprised I was by my love for this book.

This book and the entire series is CRAZY hyped and I was very nervous to read it, who wouldn’t be? I didn’t want to end up hating it and having a mob of fangirls attack me. Good news is I am now one of those fangirls and the hype was most definitely correct.

I usually don’t go for any kind of paranormal romance or urban fantasy books since they’re usually full of YA tropes in my opinion and I originally thought “The Raven Boys” would be the same. I mean the description doesn’t do it justice at all, all it did was make me think the book was ALL about Blue falling in love with Gansey and not being able to kiss him. I’ve never been so glad to be proven wrong and I’m extremely happy that I took a chance on this series.

First off let me address the things that I was expecting this book to be all about:

Yes, the description made me think this book was all about true love, kissing, and romance.

It most certainly is the opposite.

This book is in fact more about psychics, spirits, ley lines, magical trees, and the search for an ancient Welsh king who waits to be woken. Now doesn’t all of that sound so much more appealing than the kissing? I know I found it to be, I couldn’t resist turning pages to find out what would happen with all of these things next! Stiefvater intricately weaves the paranormal with the fantastical, sure there are supernatural things happening but yet you still get the very distinct impression of magic. How could you not love a blending of the paranormal and the magical?

The atmosphere that was created, it was eerie and also suspenseful, I loved everything from Blue’s family demonstrating their psychic abilities to Gansey and boy’s quest for Glendower (you know…that ancient Welsh king I mentioned earlier). There are definitely a lot of things happening within the plot of this book, lots of different plot lines to be followed. It may come off confusing right away to some people but the mystery and anticipation is half the fun, trust me! There is also a bit of POV jumping, which I know can confuse some readers or at least annoy, so you’ve been warned about that now.

As far as all of the romance goes though there still is some but it really does take a backseat in the story which I appreciated very much. However, I don’t think any of you romance fans will be too disappointed with it. It’s a very slow-burn romance and it doesn’t completely take over the plot and the romance isn’t exactly between the characters you would expect…..

The pacing did get a little slow at times and it would really go up and down a lot, however, I didn’t mind since my thirst for answers concerning our many plot lines far out-weighed any slow pacing.

Overall I think my favorite part about this story and its plot is how original it feels, which is something I wasn’t expecting at all. I was actually expecting a book full of the same old tropes but I have definitely never read or heard of anything like this before.

Honestly I think the characters are the best part of this whole book, the story is kind of character driven overall. There wasn’t a single character I disliked which is quite the feat on its own. Everyone is complex, developed, and interesting. Emphasis on the interesting. They’re also all very likable in general but most of all they’re realistic.

Blue Sargent is one of our MCs don’t let the description fool you into thinking this is a 1st Person POV told only by Blue because it isn’t. Blue and The Raven Boys themselves are on equal footing as far as the POVs go. I digress, I actually really liked Blue’s character she’s sensible (as she so often calls herself) and quirky and she doesn’t really take shit from anybody. Qualities I love in a heroine. She’s also a kind of the opposite of a special snowflake seeing as how she’s the only member of her family that doesn’t have psychic abilities which I like because it makes her just a bit more relatable as a character. However, Blue does make things “louder” for other psychics but I still don’t view this as special snowflake status.

Then we have our Raven Boys and they really are the stars of the show in my opinion and Blue pales in comparison,  I could sit and sing their praises all damn day. Gansey, Adam, Ronan, and Noah are just complete and utter perfection as far as characters go; they’re flawed, complex, and actually quite….swoon-worthy. I also really love how strong their friendship is and how realistically it’s portrayed. It’s also a nice change of pace to have interesting male main characters in a YA book.

Gansey is very determined in his quest for Glendower and he’s clever and a loyal friend. He’s also not my favorite character I just found something a little lacking with him, don’t get me wrong he’s still a great character and I like him but he just isn’t my favorite. Something just didn’t quite spark my interest enough with Gansey’s character.

Adam makes me heart bleed, I came close to tears every time we switched to his POV. He’s got the whole “rags to riches” thing going on but it doesn’t come without its costs and he’s had to work very hard to get where he’s at. Honestly I just wanted to give him a hug the whole time and he deserves one!

Ronan is by far my favorite character he’s the “bad boy” and I feel cliched for having him be my favorite but he’s so awesome I don’t even care. There’s actually a lot going on with Ronan and he has his fair share of secrets that keeps his character intriguing. Plus everyone loves a sarcastic little shit, right?

Noah is probably one of the single most adorable characters I’ve ever come across in a book, he puts fluffy kittens to shame. He’s quiet and very much in the background but that doesn’t make him any less important. I think the most significant thing I can even say about Noah is that he’s adorable, seriously that’s probably all you need to know.

There are also many secondary characters that are equally complex and play equally important parts in the plot. Mostly Blue’s family. They’re just as quirky and eccentric as Blue and they’re just overall a fun set of characters. Blue’s mom is definitely one of my favorite literary mothers of all time now.

“The Raven Boys” is a great, original tale that blends the paranormal with the mystical and has amazing characters that are easy to connect with.

I’m giving this a rating of 4.5 because I don’t quite feel it’s a full 5 star book but I’m also giving it that extra 0.5 star just because I can’t stop thinking about this book!

Overall I can say that the hype was worth it and I’m so glad to have finally read it.

I’m going to just add to about 100,000 other voices telling you to READ THIS BOOK, ok? I think even if it doesn’t sound like your cup of tea you should still take a chance on it like I did, you may end up loving it! 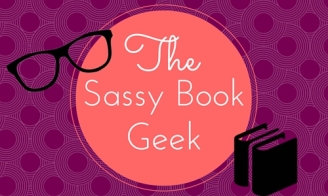 27 thoughts on “Book Review: The Raven Boys by Maggie Stiefvater”