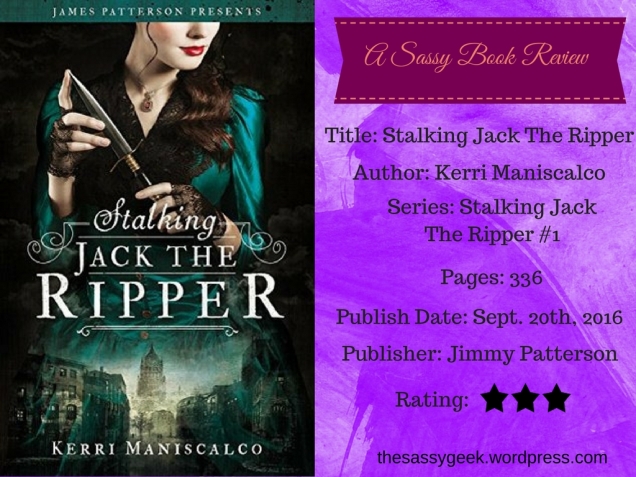 This wasn’t a bad book but neither was it as fantastic as I had hoped it would be and I’m actually a little disappointed. Therefore it’s getting a 3 star rating, right in the middle which is exactly how I feel about it.

The story itself was incredibly slow and boring which is why it took me a ridiculously long time to finish it, I didn’t want to DNF it but I came awfully close and even skimmed some parts. I mean the book is titled “Stalking Jack the Ripper” and obviously that sounds creepy, exciting, and suspenseful right? Well I didn’t get any of those things this book is neither creepy, exciting, nor suspenseful. We spend a majority of the book following Audrey Rose around as she pretends NOT to fawn over Thomas Cresswell, watch as she tries to prove to everyone that she is independent, and read about her day to day activities. That’s what the book was mostly about. Booooooring! Where the heck is the murder? The mystery? The creepy atmosphere? I wanted more of the mystery surrounding the Jack The Ripper murders and less romance and less about Audrey Rose’s mission to become an independent woman.

What was good were the descriptions of the murders themselves and the autopsies of the bodies they were gruesome, gory and detailed I honestly got a bit faint when reading. That was the kind of stuff I expected throughout the entire book! They were never scary or anything like that but they were interesting scenes and probably the most interesting parts within the book.

I enjoyed the writing as well I liked the descriptions and the attention to detail however at times I found it got a bit…long-winded and it was easy to lose my patience.

Some of the plot twists were easy to predict but I thought the ending was enough of a surprise although it wasn’t very shocking either. Overall I did think it was a complex, well-written story but it just never really grabbed my attention.

The characters were one of the better parts of this book although they did get annoying at times. Most of them were portrayed has having flaws as well so the development was quite good. Audrey Rose made for an admirable heroine, with her peculiar interests (science and forensics) and independent thinking however I did not like being constantly reminded on just how independent of a girl she was. We get it: she doesn’t need a man and wants to think for herself! I liked the girl power sentiment but it got old after a while. One last thing that bothered me is that Audrey Rose is supposedly half Indian and half English which is never actually mentioned a lot and it definitely does NOT fit the cover of the book at all.

As for Thomas Cresswell he has got to be one of the most irritating and pretentious characters I’ve ever come across, he is NOT charming whatsoever! He’s an intolerable, condescending, arrogant know-it-all. Really I so no purpose in his character other than to be the love interest.

As for the secondary characters I rather enjoyed them and wished I would have gotten to see more of them and get a little more backstory and interaction.

I thought the romance here was very unbelievable it also doesn’t help that I found Thomas more annoying than charming, I just wasn’t buying it. There was also a bit of insta-love, Audrey Rose started getting butterflies the minute she met the guy and then proceeded to say how annoying she found him. Honey, I found him annoying and you just fell in love. How about no? I also found the chemistry between them lacking and wished we would have concentrated more on murder and less on romance.

Overall this book’s pros and cons mostly balanced themselves out with me and although I was disappointed it was still a decent read. I’ll probably check out the sequel too.

If you love Victorian settings with romance and a bit of mystery you may like this one! However, if you’re like me and are expecting more creepiness, more murder, and more horror this isn’t what you’ll find here. It’s definitely a decent book and worth checking out though! 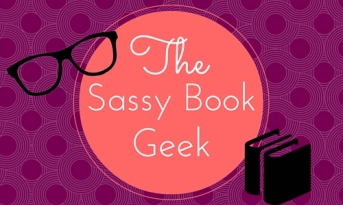