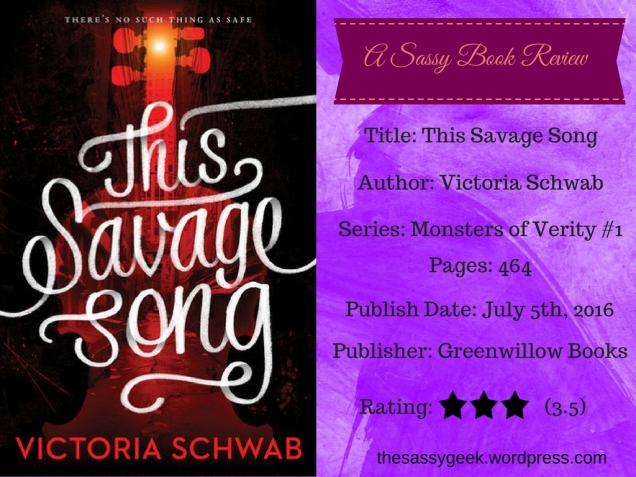 There’s no such thing as safe in a city at war, a city overrun with monsters. In this dark urban fantasy from author Victoria Schwab, a young woman and a young man must choose whether to become heroes or villains—and friends or enemies—with the future of their home at stake. The first of two books.

Kate Harker and August Flynn are the heirs to a divided city—a city where the violence has begun to breed actual monsters. All Kate wants is to be as ruthless as her father, who lets the monsters roam free and makes the humans pay for his protection. All August wants is to be human, as good-hearted as his own father, to play a bigger role in protecting the innocent—but he’s one of the monsters. One who can steal a soul with a simple strain of music. When the chance arises to keep an eye on Kate, who’s just been kicked out of her sixth boarding school and returned home, August jumps at it. But Kate discovers August’s secret, and after a failed assassination attempt the pair must flee for their lives.

I really wish I could rate this higher, and don’t mistake a 3.5 for bad by any means, but my expectations were so high  for this book and I felt more than a little disappointed with it. I was expecting to absolutely LOVE this book after loving her other two books “A Darker Shade of Magic” and “Vicious” but I really don’t think this book is anywhere near that level (regardless of the fact this is YA and the others are not). So I enjoyed it but not nearly as much as I was supposed to.

I absolutely loved the concept for this story I think it’s unbelievably interesting as well as unique but I think it was still a little lacking. First of all I thought the entire world was extremely underdeveloped, which I may forgive depending on how the next book goes, but still! We are essentially thrown right into the story with absolutely no clue as to what’s going on or why or anything really and then out of nowhere we are hardcore info-dumped which only confused me more. All in all I think we had a lack of information and when we received it, it didn’t really do a whole lot to help.

Even though I felt this way I still thought the world building was fantastic! We have some terrifying monsters who feed off of humans and humans who not only fight the monsters but also each other in a territory war for V-City. So the monsters are probably the most interesting part because they all have different classes, weaknesses, and strengths etc but there’s also a very Romeo & Juliette feel to the story as well with Kate and August on opposite sides of the territory war.I thought overall this made the story super unique and interesting, this is what kept me reading!

I also really loved how good and evil are blurred in the story it’s all one big grey area which is actually what I kind of expect from Schwab’s stories. We are meant to question who the real monsters are in this book (which come on who doesn’t love that right?).

The plot is also slow to start and takes a little time to unravel and for me it felt like I read half the book before things got really good. So I wouldn’t expect fast pacing and action around every corner because “This Savage Song” doesn’t have that, what it does have is some pretty great thrilling and intense scenes. Although I wouldn’t go as far as to say it was unputdownable for me.

No romance! That’s right guys there is no typical, cliched YA romance in this book! No insta-love, no love triangles, no romance period! What we did get was a very nice friendship between the two main characters, will it develop into something more? Maybe, only time will tell. I thought this overall was a breath of fresh air for a YA book.

Also the ending! I both loved and hated it because on one hand it was absolutely amazing and unexpected but also because it was such a cliffhanger, I’m torn between hating cliffhangers (because I lack patience) and loving how they make me crave more!

I did really like Kate and August both but at the same time I felt like they were a little flat and underdeveloped, like everything else.

Kate was strong, determined, and definitely not a damsel. All she wants is to prove herself to her father who runs the North half of V-City. Although I will say she got a little annoying at times because her stubbornness lead her to make the not-so-greatest of decisions.

August is quiet, shy, and clever I actually liked his character more than Kate’s. I felt more sympathetic towards him and his problems versus Kate’s because of his nature.

I also really enjoyed how the friendship developed between Kate and August I loved that they grew so close throughout the story and yet remained out of the romance zone.

The secondary characters could have all done with a development overhaul since as important as they were to the story they didn’t seem like it, they were pretty boring and lacked the complexity I thought they deserved.

Overall I did enjoy this book but I didn’t find it particularly game-changing or mind blowing, I definitely expected to love a book by Schwab much, much more. It’s a good book and I can see how everyone enjoyed it a little more than me but I was a little disappointed.

What I Didn’t Liked:

I actually would recommend reading this since it is an interesting concept and it wasn’t terrible but I’d say if you’ve read Schwab’s other books (such as “A Darker Shade of Magic” or “Vicious”) than I’d maybe lower your expectations for “This Savage Song” or just give it a skip all around because this doesn’t even compare to them. 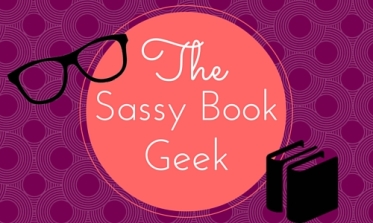 24 thoughts on “Book Review: This Savage Song (Monsters of Verity #1) by Victoria Schwab”