A skilled painter must stand up to the ancient power of the faerie courts—even as she falls in love with a faerie prince—in this gorgeous debut novel.

Isobel is a prodigy portrait artist with a dangerous set of clients: the sinister fair folk, immortal creatures who cannot bake bread, weave cloth, or put a pen to paper without crumbling to dust. They crave human Craft with a terrible thirst, and Isobel’s paintings are highly prized. But when she receives her first royal patron—Rook, the autumn prince—she makes a terrible mistake. She paints mortal sorrow in his eyes—a weakness that could cost him his life.

Furious and devastated, Rook spirits her away to the autumnlands to stand trial for her crime. Waylaid by the Wild Hunt’s ghostly hounds, the tainted influence of the Alder King, and hideous monsters risen from barrow mounds, Isobel and Rook depend on one another for survival. Their alliance blossoms into trust, then love—and that love violates the fair folks’ ruthless laws. Now both of their lives are forfeit, unless Isobel can use her skill as an artist to fight the fairy courts. Because secretly, her Craft represents a threat the fair folk have never faced in all the millennia of their unchanging lives: for the first time, her portraits have the power to make them feel.

Wow, color me surprised. I was not expecting to end up loving this as much as I did! I’m kind of regretting that I didn’t buy myself a copy of my own, the cover is insanely gorgeous and so is the story! I’m usually not one for more romance driven books but this was just really great.

This review is going to be a bit shorter than usual as this book was short and I don’t want to spoil anything!

I loved the overall story so much, just everything about it! I thought, for as short of a book that it was, the world building was also great! I really liked how the Fair Ones in this story followed a lot of the same traditional rules of Fairies in folk lore such as not being able to touch iron, using glamours, and not being able to lie. It made the story all the more interesting! I also liked the idea of the Craft, such as cooking and painting, that the Fair Ones cannot do and therefore rely on humans to do for them. I thought the world building was enjoyable, creative, and well explored.

The pacing could get off track every now and then but I thought overall it was well done and quick. This is a journey book so it could get slower in spots, keep that in mind!

Overall I did enjoy the plot as well, Isobel being swept away by Rook, they got themselves into many different situations and I definitely was never bored. There were also quite a few twists and turns, were any completely jaw-dropping and shocking? Not really but I was entertained! However, towards the end I felt the story ended a little abruptly and a lot of things were too convenient but since the story is a standalone and is very short, it’s forgivable. Plus I’m just always a fan of the star-crossed lovers trope!

Plus the writing was absolutely wonderful, it was just gorgeous and really brought each image vividly to my mind. I am definitely excited to see what else Rogerson will write up in the future!

I think, while the plot was well done, it’s a bit more character driven. I loved the characters too!

Isobel, is a very talented painter and she’s very quick-witted as well especially when it comes to dealing with the Fair Ones. She was also very mature, she had to grow up fast, she takes care of her family and is always looking out for them. Therefore when she meets Rook she has trouble choosing between what’s “right and logical” over doing what she desires. Isobel, really develops a lot through the story and I thought she was a great narrator and an enjoyable character overall, I was definitely rooting for her!

As for Rook, I liked him a lot as well. He was charming, arrogant, but he could also be very sweet too. I also loved the moments where he was completely bewildered by human acts such as cooking meat before you eat it, it was hilarious and cute. He grows a lot throughout the story as well and learns to let certain things go and not bother him, he’s precious.

There were also a few side characters that were interesting such as some of the Fair Ones like Gadfly who was…interesting, and Isobel’s twin sisters were adorable!

I LIKED THE ROMANCE! Normally under the circumstances I probably would have hated it but I didn’t. It is a little insta-lovey but honestly I thought there was chemistry between Isobel and Rook and I’m a sucker for forbidden romance! I was rooting for them the whole time! As I said this is a little more romance-driven but I was completely all for it.

I really enjoyed this book, sure there were a few problems I had with it but overall it was fantastic!

I recommend checking this book out especially if you’re a fan of books with Fae! 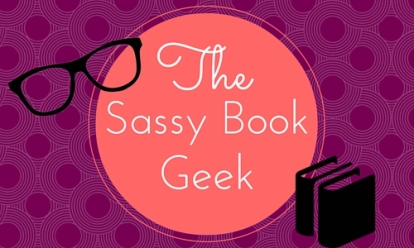 15 thoughts on “Book Review: An Enchantment of Ravens by Margaret Rogerson”