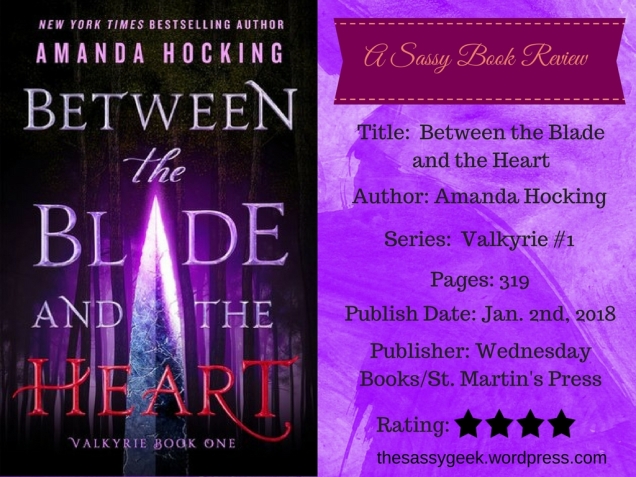 Valkyries have one great responsibility: to return immortals to the afterlife by slaying them. As a Valkyrie, Malin has always known that the balance of the world rests on her ability to carry out orders. But when Malin discovers that her mother spared the life of an immortal who was destined to die, her world is thrown into chaos.

Malin not only wrestles with the knowledge that her mother might not be who she thought—she’s also thrust into the path of a gorgeous blue eyed guy named Asher who needs her help slaying the rogue immortal who destroyed his family. The balance of the world is at stake. And, as Asher competes with Malin’s ex for her love and loyalty, so is her heart.

*** Big thank you to St. Martin’s Press for giving me a copy in exchange for an honest review***

This ended up being such a quick and entertaining read! Everything just flowed so well and I absolutely devoured this!

The story is an urban fantasy that mixes together many different mythologies but the main one mostly being Norse since the story revolves around Valkyries who were created to kill immortals. However, there are so many different supernatural creatures portrayed including your basic vampires, demons, and angels but we also get to see some more unique ones such as gorgons, aswangs, and jorogumos! I thought the world building, in this case, was fantastic it was fun seeing such a blend of supernatural beings! I did want a little more information and details on the world but I’m sure I’ll get more in the sequel.

Apart from the world building, another aspect I really enjoyed was the pacing. This was an incredibly fast paced book, I was hooked right off the bat and all the way up until the end. The writing and dialogue flowed well and kept my interest, I’ll definitely be checking out more of Hocking’s books!

There also wasn’t any lack of action and twists, and be forewarned the book ends off with a pretty brutal cliffhanger!

I also really enjoyed all of the characters and while I think they could have used a bit more development and complexity I still thought they were all a lot of fun.

Malin, our MC, is a badass Valkyrie who is also smart and stubborn at times. I liked how feisty she is, however, at times I felt she could be a little….fickle since she seems to not really know what it is that she wants.

Then there’s Quinn, the ex-lover, and Asher the new guy and both are love interests. I liked both characters and I could easily see how Malin fell for both of them. Basically Quinn and Asher are both badasses as well.

Speaking of badass….Malin’s mother, Marlow, was also really badass. She’s a fellow Valkyrie and is incredibly focused on her job and doesn’t really open up ever, even with her own daughter. I kind of had a love/hate relationship with Marlow.

There was also a strew of many other side characters that I loved as well such as Malin’s best friend who is also a witch and her pet Wolpertinger (which is the most adorable thing ever).

I wouldn’t say I loved the romance in this book but I also didn’t hate it either but there is a bisexual love triangle so there is that. There is a bit of insta love and there definitely is a love triangle, but as I mentioned I didn’t mind it too much. Malin’s attraction to both Quinn and Asher was believable as both characters could offer her something different, however, I don’t think Quinn treated Malin the best though. I’m here for Malin x Asher!

I highly recommend checking this book out! Especially if you love urban fantasy, mythology, or just a fun, action-packed read!

Amanda Hocking is the author of over twenty young adult novels, including the New York Times bestselling Trylle Trilogy and Kanin Chronicles. Her love of pop culture and all things paranormal influence her writing. She spends her time in Minnesota, taking care of her menagerie of pets and working on her next book. 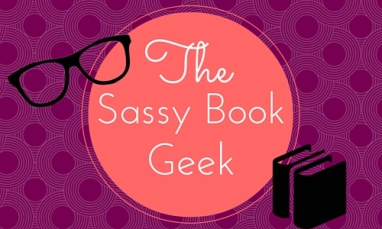 15 thoughts on “ARC Review: Between the Blade and the Heart (Valkyrie #1) by Amanda Hocking”