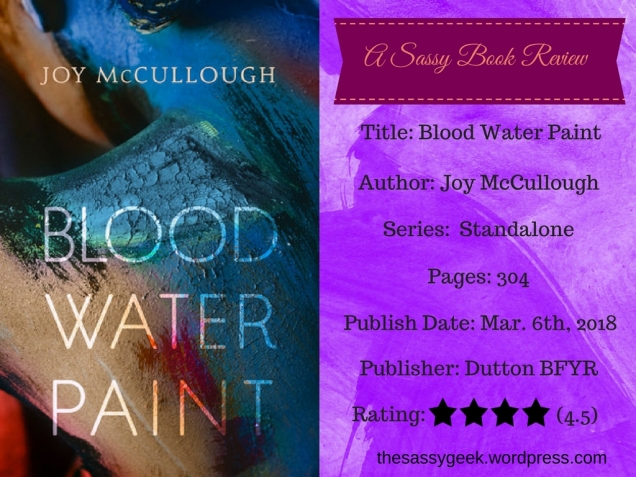 A debut novel based on the true story of the iconic painter, Artemisia Gentileschi.

Her mother died when she was twelve, and suddenly Artemisia Gentileschi had a stark choice: a life as a nun in a convent or a life grinding pigment for her father’s paint.

By the time she was seventeen, Artemisia did more than grind pigment. She was one of Rome’s most talented painters, even if no one knew her name. But Rome in 1610 was a city where men took what they wanted from women, and in the aftermath of rape Artemisia faced another terrible choice: a life of silence or a life of truth, no matter the cost.

He will not consume
my every thought.
I am a painter.
I will paint.

I will show you
what a woman can do.

I already know this is going to be a hard book to review because I want to do it justice but I know my review won’t come close. It’s a book told in verse, which already makes it a bit harder to review, and covers the story of 17th century painter Artemisia Gentileschi. It is also an extremely powerful, important, and feminist book.  I truly cannot recommend this book enough.

I was really leery of this book at first since I don’t usually enjoy books told in verse, I find it harder to read and comprehend at times. However, I was pulled in right away with “Blood Water Paint” and couldn’t put it down all the way up until the ending. The pacing was even and the writing was absolutely wonderful, it made me so emotional while reading. I look forward to reading future works by Joy McCullough, for sure.

As I already briefly mentioned this is an incredibly feminist story and one that is also very powerful and emotional. We follow a young Artemisia, in 17th century Italy, who paints for her father but lives in a very misogynistic society where she cannot lay claim to her own paintings. She is then sexually assaulted by one of her teachers and in the aftermath she tries to find solace in her paintings and the stories her mother would tell her of the biblical heroines Susanna & Judith. The voices of these heroines then provide her with comfort, strength, and encouragement as Artemisia faces the trial against her rapist.

Some of my favorite parts in this book were the stories Artemisia’s mother told her of Susanna and Judith. They were so inspiring and empowering, and the same can be said for Artemisia’s story as a whole as well. This book is all about female strength and it’s done so, so well. If you’re a feminist this book is for you.

Overall this is such a captivating and powerful novel and I cannot recommend it enough and I know my review cannot do it the justice it deserves.