I had quite the haul last month with some of my books getting separated into different shipments so the rest will go into my August book haul! There’s some great books here that I’m more than excited to read!

Empire of Sand by Tasha Suri

An adult Indian fantasy that has forbidden magic that allows the main character to manipulate the dreams of the gods in order to change the face of the world. However, of course there are some baddies looking to harness her power too. It sounds amazing and I can’t wait to read it!

I was sent this by Page Street (as are the next two books) unsolicited but it does sound really interesting. I love books that weave fantasy and reality together and this one is full of mystery, myth, and legend involving an expedition the characters’ parents took to Ireland.

A strange explosion, a transparent boy only the MC can see, and a race against time to discover the culprit behind the explosion before they come back to finish her off. I’m not too sure what I think of this one, it sounds interesting but at the same time not really my cup of tea. We shall see.

This one sounds like a dystopia where “reformed” prisoners must pass several mental, physical, and virtual tests called the freedom trials in order to be released. Not too sure about this one either since I personally feel dystopias kind of got worn out.

In The Vines by Shannon Kirk

I already gave this one a go but since I still technically got it in July it’s a part of this haul. I DNF’d it, it was way too wordy and nothing was happening.

Shadows on the Moon by Zoe Marriott

This is a Cinderella retelling set in a Asian inspired fantasy world, I mean really what more do I need to know? This also seems vastly underrated so I’m excited to read it and maybe help give it more attention!

The May Queen Murders by Sarah Jude

This is a YA horror/thriller, yes two of my favorite genres mashed into one! I’ve heard that’s both dark and creepy and I’m 100% ready!

The title is pretty self explanatory and also is what intrigued me, it’s about the descendants of the heroes and traitors of the American Revolution.

The Last Namsara by Kristen Ciccarelli

Well…the synopsis just has everything I love in fantasy including dragons. Emphasis on the dragons.

I need more non-super hero graphic novels and this one has witches so here I am.

Dare You To Lie by Amber Lynn Natusch

Tor usually comes out with some pretty fantastic books and this sounds like a mystery/thriller that will keep my attention. It’s also on my TBR this month.

The Royal Runaway by Lindsay Emory

I’m a sucker for modern royalty stories so when I saw this on Netgalley I HAD to have it! Hopefully it’ll be a lot of fun!

The Black Coats by Colleen Oakes

A group who seek vengeance on men who hurt girls and women. The main character joins the Black Coats but she’s not sure how far she’s willing to go to exact her own revenge when the group starts taking things too far. I’m really pumped for this one, I love the whole idea behind it!

The Antidote by Shelley Sackier

Forbidden magic and a MC who possesses it and must choose between saving her best friend who is also the crown prince or letting him die. I’m always game for books with forbidden magic to be honest.

This book has me so excited because it feels like a dark fantasy and has devils, witches, saints, and outcasts! Also a village that likes to make human sacrifices to the Devil during a slaughter moon in order to protect their village. Horror and fantasy being mashed together is my life!

The Tiger at Midnight by Swati Teerdhala

A fantasy inspired by ancient Indian history and Hindu mythology featuring a rebel assassin and soldier. I’m so sold on this book it’s one of those books that I just KNOW I’m going to walk away from with 4 or 5 stars!

The Cerulean by Amy Ewing

A LGTBQ+ book set in a city that floats above a planet where the MC is sacrificed to release them from the planet’s grasp. But she survives the fall and discovers all the horror stories about the humans who dwell there are true and she must fight her way back home.

Honestly Ewing’s books never really interested me before but this just sounds awesome!

We Set the Dark on Fire by Tehlor Kay Mejia

A feminist dystopia featuring LGTBQ+ Latinx characters! This is another one where I feel that’s all I really need to know because it sounds awesome! 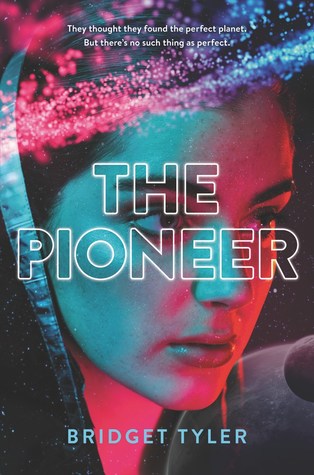 The Pioneer by Bridget Tyler

This is one of those books where the synopsis is long but it’s a sci-fi about a group of people who are sent to inhabit a new planet. Really though it sounds awesome!

The Blade Itself by Joe Abercrombie

Because I need to start reading some grimdark fantasies!

Sometimes I Lie by Alice Feeney

Funny story about this one. I waited MONTHS for my hold on the library copy of this and the day I get it is also the day this was $1.99 on Kindle. So since I’m always strapped for reading time I just bought this and returned my library copy! This is supposed to be a really twisty thriller though!

Another Kindle deal and this book is recommended by so many of my trusted reviewers that I had to buy it! I’m also a sucker for YA sci-fi!

The Devil and the Deep by Various Authors

I blame Destiny for this one! She’s my trusted horror book buddy and anything she likes I have to get my hands on, especially since Alyssa Wong and Seanan McGuire have stories in it!

Another Kindle deal that everyone recommends so much, I couldn’t pass it up. I know it’ll be a tough book to read but worth it.

What do you think of my haul?

Are you excited to read any of these books as well?

Have you hauled any great books lately?