At least there aren’t quite as many books being released this month as previous months….. Still, my TBR is just never going to recover and I’m okay with that.

Sawyer Taft is approached by her grandmother to participate in debutante season for a large sum of money, she only accepts as to learn her father’s identity. She gets swept up in high society scandals and secrets, however.

I like the idea of the setting a lot, I feel like this will be a pretty fast paced thriller with a lot of fun twists!

It’s a YA sci-fi book by Brandon Sanderson, do you need to know more?

…in case you do: it’s about a young girl living on a planet with the remains of the human race and who are constantly under attack by mysterious alien ships. She finds the wreckage of one such ship and is determined to fly it, if the ship will let her since it appears to have a soul.

Girls of Paper and Fire by Natasha Ngan
November 6th

First of all: GORGEOUS, GORGEOUS COVER

This is a YA Asian inspired fantasy about a girl who is taken by the royal guard because she’s caught the king’s eye, she is trained alongside other girls to be the king’s consort. However, she isn’t content with this fate and instead falls in love and her forbidden romance clashes with a plot that could threaten the entire kingdom.

Empress of All Seasons by Emiko Jean
November 6th

My current read and so far is really interesting. This is another Asian inspired YA fantasy and is about a competition to become Empress that involves surviving four deadly rooms based on each season. There’s actually quite a bit of Japanese mythology woven in as well and it’s super intriguing!

Owen and his mother were left behind after his father embezzled millions of dollars and fled leaving only a cryptic note for him days before. As a result they have started receiving threats and Owen knows he must get to the bottom of what really happened, his only refuge in it all is the pecan orchard he works at after school. However, his boss has a few secrets of his own and Owen must confront his past in the face of the terrible one he uncovers.

This was difficult to write a short summary for but hopefully I did okay, the mystery here does sound really interesting and Ashley Elston is a fantastic writer.

An adult Indian fantasy that has forbidden magic that allows the main character to manipulate the dreams of the gods in order to change the face of the world. However, of course there are some baddies looking to harness her power too.

This straight up just sounds amazing and I’m excited to read it!

Lindley Hamilton has been the leader of the space station Lusca since every first-generation crew member on board, including her mother, the commander, were killed by a deadly virus. And she never thought it would be like this—struggling to survive every day. Then a member of the surviving second generation dies from symptoms that look just like the deadly virus. The disease was supposed to be over; the second generation was supposed to be immune. But as more people die, Lindley must face the terrifying reality that either the virus has mutated or something worse is happening: one of their own is a killer.

Yes for sci-fi horror, which it kind of is since there’s a creepy space virus and/or a murderer on board!

Terra Cotta warriors have been found on other planets across our galaxy and Lyra’s parents, archaeological experts on the subject, have decided to drag her planet to planet to investigate them. When one of the many planets goes silent, and looters attack her research base, Lyra becomes involved in discovering why the Warriors were placed on these planets. And, more importantly, by who.

Do I want “Winds of Winter” in the worst way possible? Yes. Do I think this is a ploy to appease us for the time being? Yes. Will I buy it and read it anyways? Yes.

This is the first volume in a two part history of the Targaryens in Westeros. And I need it in my life. 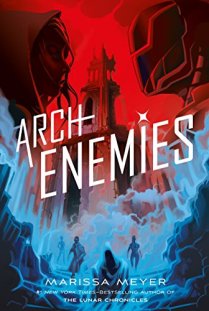 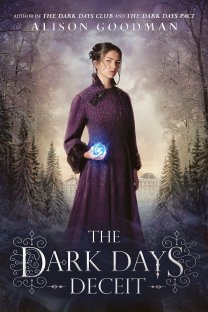