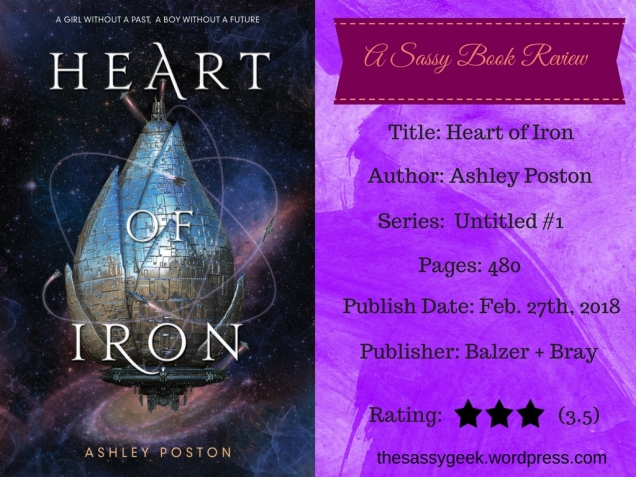 Seventeen-year-old Ana is a scoundrel by nurture and an outlaw by nature. Found as a child drifting through space with a sentient android called D09, Ana was saved by a fearsome space captain and the grizzled crew she now calls family. But D09—one of the last remaining illegal Metals—has been glitching, and Ana will stop at nothing to find a way to fix him.

Ana’s desperate effort to save D09 leads her on a quest to steal the coordinates to a lost ship that could offer all the answers. But at the last moment, a spoiled Ironblood boy beats Ana to her prize. He has his own reasons for taking the coordinates, and he doesn’t care what he’ll sacrifice to keep them.

When everything goes wrong, she and the Ironblood end up as fugitives on the run. Now their entire kingdom is after them—and the coordinates—and not everyone wants them captured alive.

What they find in a lost corner of the universe will change all their lives—and unearth dangerous secrets. But when a darkness from Ana’s past returns, she must face an impossible choice: does she protect a kingdom that wants her dead or save the Metal boy she loves?

I can’t help but feel slightly disappointed with “Heart of Iron”, I was expecting a lot from it especially since it’s not only a sci-fi but also a retelling of ‘Anastasia’. I just felt like nothing lived up to these expectations and while the book was enjoyable overall it really wasn’t anything that blew me out of the water. I DID still like a lot of elements within the story though, just not the story as a whole.

As I already briefly mentioned this story is kind of supposed to be “Anastasia in Space”, (and whether you want to compare it to the real story of Anastasia Romanov or the animated movie based off of her ‘Anastasia’ doesn’t really matter. Whichever you prefer, it makes no difference) but apart from the fact that it features a lost princess….I don’t really see what it has in common with ‘Anastasia’ at all. Just because one element of the original is present in the story doesn’t make it a retelling in my eyes.

The plot was a little confusing at times, like what’s going on? What’s supposed to be happening? What is the overall POINT of the entire story? I just felt like the “plot” described in the synopsis is resolved too early and the rest of the story is kind of directionless. Don’t get me wrong: things were definitely happening, but to what end? I have no idea, and I don’t really know what’s going to happen in the sequel either. As for the plot twists, those were very predictable and didn’t really surprise me whatsoever.

I did like how fast paced the story was though, we are thrown into action right from the start and it keeps the pace up throughout the entire book pretty evenly. There was also a decent amount of action and it did keep me interested.

I wish there had been more world building provided, I loved what little bit I got and I’m very curious about a lot of it! I wanna know more! I loved how well it blended sci-fi and fantasy elements together. I’m definitely looking forward to more of it in the sequel, hopefully it’s expanded on.

One thing I didn’t really like was that there are 4 different POVs and while each character had a very distinct “voice” and were easily distinguishable, I thought it was a bit much to keep track of.

There are four main characters, and as I mentioned all have a POV during the story. I actually did like them all for the most part, they were good characters with quite a bit of personality. However, I did still feel like they could have used a little more complexity, but I understand that’s a little bit harder to accomplish with 4 differing POVs!

However, one secondary character that was a freaking awesome queen was Captain Siege! I loved her! She was a total badass and also a POC and lesbian, she needs her own damn book because she is a godess.

Captain Siege’s crew also reminded me A LOT of ‘Firefly’, I know people compare things to that show frequently but trust me! I wish they would have been a little more important to the story because there was some serious ‘Firefly’ retelling material there. Plus space pirates are always awesome.

Last but not least we had a diverse cast of characters! Captain Siege, as I already mentioned, is black and lesbian, Ana has darker skin as well, and two characters (that will remain unnamed because of spoilers) are both gay. So there is quite a bit of diversity in the story!

I’m a little “meh” on the romances in this book, they weren’t terrible but they really didn’t have me swooning either. They were pretty cute but at times I felt that the two different romances between main characters got to be too much and overshadowed the plot a bit. Now of course, I’m not a big fan of romances taking over especially in an action packed sci-fi. BUT like I said the pairings were adorable so I didn’t mind too much.

Although one of the romances was very, very insta-lovey and I didn’t like that. I ended up rooting for that pair but it was some hardcore insta-love which annoyed me.

Also diversity in the romances as well with F/F and M/M pairings!

Overall I liked the story but I didn’t love it, which was  disappointing because I was definitely excited for a sci-fi ‘Anastasia’ retelling. It’s definitely a three star rating right up the middle.

If “Heart of Iron” sounds interesting to you I say go for it, you may enjoy it more than I did! It isn’t a bad book whatsoever, it just wasn’t 100% for me but it did have enjoyable parts. 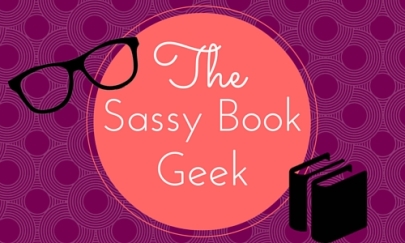