As stated in the title of this post these are VERY overdue and I apologize for being so lazy! But here they are! These are books I read last summer that just didn’t make a huge impact on me, I felt there wasn’t enough to justify full length reviews. 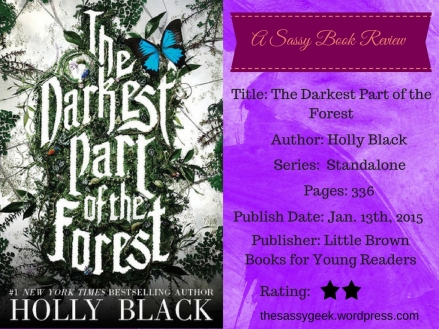 Children can have a cruel, absolute sense of justice. Children can kill a monster and feel quite proud of themselves. A girl can look at her brother and believe they’re destined to be a knight and a bard who battle evil. She can believe she’s found the thing she’s been made for.

Hazel lives with her brother, Ben, in the strange town of Fairfold where humans and fae exist side by side. The faeries’ seemingly harmless magic attracts tourists, but Hazel knows how dangerous they can be, and she knows how to stop them. Or she did, once.

At the center of it all, there is a glass coffin in the woods. It rests right on the ground and in it sleeps a boy with horns on his head and ears as pointed as knives. Hazel and Ben were both in love with him as children. The boy has slept there for generations, never waking.

Until one day, he does…

As the world turns upside down, Hazel tries to remember her years pretending to be a knight. But swept up in new love, shifting loyalties, and the fresh sting of betrayal, will it be enough?

I really wanted to love this story and I really want to love Holly Black’s books in general as well. Sadly this just doesn’t seem to be the case as her writing style doesn’t suite me at all.

I thought the premise, the potential world building, and the whole “fairy prince eternally sleeping inside a glass coffin” thing to sound very, very interesting! Unfortunately those are really the only good things I have to say about this book, I found the execution to be very poorly done.

The world building, such potential! It could have been amazing with all of the fae, monsters, and magic! Sadly it was extremely lacking and completely underdeveloped I was left feeling more confused than when I started the book initially. I wanted more information to be provided because the world building easily could have been this book’s strongest point.

The overall plot was extremely messy and as I’ve already said, confusing and underdeveloped. The pacing was slow and I gave into boredom many a time, this book came close to a DNF.

The characters were “meh”. Not terrible but also not memorable in any way, much like this book in general. Was it horrible? No, I can see why it appeals to many other people. Was it bad? Yes. 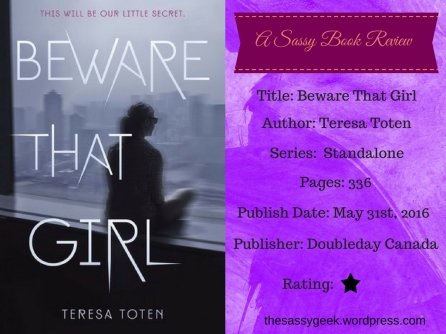 The Haves. The Have-Nots. Kate O’Brian appears to be a Have-Not. Her whole life has been a series of setbacks she’s had to snake her way out of—some more sinister than others. But she’s determined to change that. She’s book smart. She’s street-smart. Oh, and she’s also a masterful liar.

As the scholarship student at the Waverly School in NYC, Kate has her work cut out for her: her plan is to climb the social ladder and land a spot at Yale. She’s already found her “people” among the senior class “it” girls—specifically in the cosseted, mega-wealthy yet deeply damaged Olivia Sumner. As for Olivia, she considers Kate the best friend she’s always needed, the sister she never had.

When the handsome and whip-smart Mark Redkin joins the Waverly administration, he immediately charms his way into the faculty’s and students’ lives—becoming especially close to Olivia, a fact she’s intent on keeping to herself. It becomes increasingly obvious that Redkin poses a threat to Kate, too, in a way she can’t reveal—and can’t afford to ignore. How close can Kate and Olivia get to Mark without having to share their dark pasts?

This book. This book! Easily one of the worst books I have ever read, seriously, not over-exaggerating here! First of all don’t ever, ever, ever compare anything to “Gone Girl” unless you’re going to deliver! This was nothing like “Gone Girl” and frankly I’m insulted by even seeing the words “Gone Girl” anywhere near this book!

This is, yet another, YA mystery/thriller book and guess what? It’s just like all of the others. There is absolutely nothing new or original about “Beware That Girl” and it’s honestly just the same old overdone YA thriller plot. The plot twists? Please. What plot twists? Everything in this story was so over the top, ridiculous, unbelievable, and messy. Not to mention it’s all so obvious. I was here to be thrilled, dammit!

Side note: that ending is honestly laughable it was so ridiculous.

I wanted something dark and gritty with messed up and twisted characters! I didn’t get ANY of that! The characters were just underdeveloped and silly! Plus abuse being used as a plot device in very poor taste? No thank you! 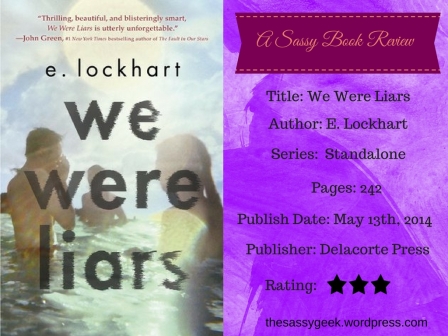 A beautiful and distinguished family.
A private island.
A brilliant, damaged girl; a passionate, political boy.
A group of four friends—the Liars—whose friendship turns destructive.
A revolution. An accident. A secret.
Lies upon lies.
True love.
The truth.

This book is so, so hyped and of course me being me I had to at least give it a try. Plus it’s so short! I can’t pass up short books, it’s a weakness! I digress though. As I said this is a very hyped book and was it as good as everyone says? Yeah, sort of. Was it as bad as a lot of other people say it is? Meh. Overall my thoughts are that this was a decent book that is the perfect 3 star rating, right down the middle.

As far as the plot goes I have to say I was left feeling slightly confused about the whole thing, maybe a re-reading would help me out I don’t know! However, I did NOT see that twist at the end coming at all I was truly blown away! Honestly though that’s one of the only parts that stuck out with me.

The characters were all just kind of okay, I felt very disconnected from them but I suppose what else did I expect from a bunch of spoiled rich kids? That’s the part that bothered me the most was how much these kids wallowed in their privilege and how “beautiful” the whole family is. Boring and dislikable.

So as I said, I’m really split down the middle with this book. I enjoyed it while reading but other than that it wasn’t anything special to me. 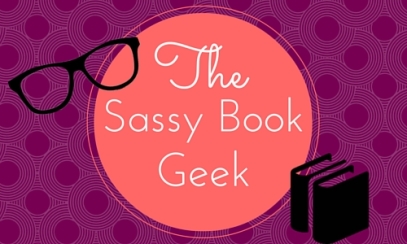