This week’s theme is books we either loved less or more than everyone else, pretty self explanatory. I, being the black sheep that I am, chose to go with books I loved less since that usually seems to be the way things go for me with more popular books.

As usual I’ll link up my full reviews to the titles!

This book was insanely hyped last year when it came out and so my expectations were pretty high for it and….it was not that great. It lacked world building and honestly I didn’t think anything was developed at all. There were elements I enjoyed but overall it was a disappointment.

So a TON of people love Rosamund Hodge’s books and they do sound amazing, I mean dark fairy tale retellings? Hell yes! Unfortunately this one was confusing, I spent a lot of my time completely lost as to what was going on and the characters were really flat. Maybe I’ll like her other books more but if they’re like this one I already know I won’t.

Another extremely hyped book and series that I just did not love as much as everyone. I hated the main character and I felt there was a lack of world building. However, I thought Bardugo’s writing improved vastly with “Six of Crows” which I loved.

I honestly think I should turn this rating from a 3 to a 2 since I really didn’t like this book all that much. Celaena was annoying and vain and not as badass as everyone makes her seem, also a lack of world building. Definitely a black sheep with this one since EVERYONE loves this series.

The Lunar Chronicles is another series that is wildly popular and for me “Cinder” was a big disappointment. My main problem was how predictable the story was but I am thinking about continuing the series.

5.) The Crown’s Games by Evelyn Skye

Another book that got super hyped and was wildly disappointing for me. It was FULL of insta-love, an awful love triangle, and lack of world building once again (see a theme here for me?). Also the magical fight to the death was just a bunch of parlor tricks and no actual fighting occurred.

I absolutely loved Mead’s Vampire Academy series so I was expecting to love her new standalone but I did not. Once again the complete lack of world building was the biggest reason I did not like this book.

3.) Between The Devil and the Deep Blue Sea by April Genevieve Tucholke

Seems a ton of people loved this book and while the writing is very beautiful I thought the characters were awful and idiotic, and the romance was also full of cliches.

2.) These Shallow Graves by Jennifer Donnelly

I really wanted to like this book because EVERYONE loves it but it was just so slooooooow and boring for me. Seriously this book had no business being 500 pages….

Lots of people actually liked this book and I can see why like if you like historical fiction romances for the most part. However, for me I was expecting actual PIRATES since this is supposed to be about Blackbeard! Did I get pirates! No! I got zero pirates!

What books do you love more or less than everyone else?

Did you dislike any of these books too? Or like them?

Let me know in the comments and feel free to link up your TTT as well! 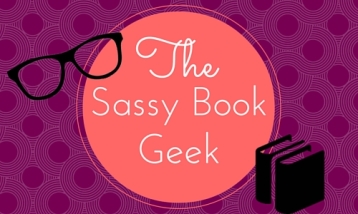 When Rachelle was fifteen she was good—apprenticed to her aunt and in training to protect her village from dark magic. But she was also reckless— straying from the forest path in search of a way to free her world from the threat of eternal darkness. After an illicit meeting goes dreadfully wrong, Rachelle is forced to make a terrible choice that binds her to the very evil she had hoped to defeat.

Three years later, Rachelle has given her life to serving the realm, fighting deadly creatures in an effort to atone. When the king orders her to guard his son Armand—the man she hates most—Rachelle forces Armand to help her find the legendary sword that might save their world. As the two become unexpected allies, they uncover far-reaching conspiracies, hidden magic, and a love that may be their undoing. In a palace built on unbelievable wealth and dangerous secrets, can Rachelle discover the truth and stop the fall of endless night?

Well I certainly have a lot of weird feelings about this book, it was very unique and a little…odd at the same time. On one hand I really liked it but on the other hand it was kind of a mess for me to read through.

One BIG plus for this book is that it’s a standalone. Yay, no waiting for sequels!

This is supposed to be a sort of retelling of Red Riding Hood but it really isn’t, sure the prologue practically SCREAMS of it but the rest of the book is very loosely based on the fairy tale. Mostly the book revolves around Hodge’s take on certain French folktales and mythology of her own making. So I would say the theme of Red Riding Hood is apparent throughout but this does not follow the original very closely.

As far as the story-line goes it was very intriguing, the world building and mythology Hodge created were on point. I loved hearing the legends and folktale-ish stories scattered throughout the book.On the downside, though, I found the world building lacking at the same time. Sure it was fascinating and I wanted to know more, but that’s just it…I wanted to know more. The world is pretty confusing in the sense that nothing is every explained enough, I found myself asking the question “Why?” a lot. Don’t get me wrong I loved the creativity but it was just a little too unexplained and confusing for my tastes.

“Crimson Bound” is also quite dark, creepy, and twisted. This is definitely not your grandmother’s fairy tale. It’s a gory, violent, and our characters are flawed and selfish. This is an aspect I adored while reading, I loved how dark the setting and characters were, it’s something I feel we rarely see in YA books.

The pacing did get a little wonky throughout, one thing I dislike in a book is slow pacing or pacing that rockets back and forth. “Crimson Bound” is the latter. One minute I’d be super interested in what would happen, since this book is full of twists and turns. The next minute I’d be so bored to death I thought about DNFing it. I feel like I got whiplash from this pacing tug-of-war. I think the plot kept it fast but the characters really bogged it down, but we’ll get to them.

Rosamund Hodge’s writing is lovely, it was definitely this book’s highest point. Seriously, A+ for the writing.

I can honestly say I didn’t really care any of them, I sort of enjoyed and liked them but mostly I’m “meh” about it. As I said earlier they are all flawed, dark, and selfish characters. Usually dark characters would be right up my alley but in this case they fell extremely short. The characters all felt very shallow and flat, none of them were interesting or relatable.

Rochelle is the MC and while I really liked that she was portrayed as being flawed and selfish and more or less evil, I didn’t think she was a great character. We spend A LOT of time inside her thoughts, and honestly, they were extremely boring., her “voice” in this book was boring, everything about her bored me. She could have been badass since that was pretty much Hodge’s whole goal, but she was so…..dull.

The ONLY other characters that had even an ounce of development would be the Erec and Armand, who were far more interesting than our MC, in my opinion. Honestly, Armand was the only character I really liked. Erec could have been a little more likable if I actually understood him (when you read this, you’ll know what I mean), I never figured out what the hell his exact motives were. (This is where the unexplained things I talked about earlier come in).

The secondary characters were kind of a joke in my opinion, they were completely one dimensional. NO development whatsoever. They were there when the plot needed a boost but other than that, they could have not existed and the story would function just fine.

Yet I still found the main characters all interesting and likable enough to finish the book. Confusing, yes?

I have a lot of confused feelings about the romance in “Crimson Bound”, on one hand I shipped the shit out of Armand and Rochelle and I loved them as a couple. I really did. However much I did like them together though, their romance wasn’t really full of chemistry. AND. There’s a love triangle, I very frustrating and evil love triangle.

Normally I would say we could have done without it but it turns out being quite relevant to the plot and therefore I can forgive it. However, I really hated Erec and Rochelle’s “relationship”. I would LOVE to rant and go into details but unfortunately I cannot due to spoilers. I can say that Erec’s love isn’t…healthy and that’s why I hated that end of the love triangle.

Like I said I have a lot of confused feelings, I’ve been back and forth on a rating (2 or 3?) for a while. Overall, I decided I did like the mythology and the concept of the story itself more than I disliked all of of the things I complained about. I realize that there are a lot of negatives but I really did enjoy the book for the most part.