I don’t think I can praise this graphic novel series enough, seriously! This is hands down the BEST ones I’ve ever had the pleasure of reading and I loved every part of it.

I’m going to be giving little mini reviews of each volume (1-4) here and each with their own rating etc.

Every ninety years, twelve gods incarnate as humans. They are loved. They are hated. In two years, they are dead. The team behind critical tongue-attractors like Young Avengers and PHONOGRAM reunite to create a world where gods are the ultimate pop stars and pop stars are the ultimate gods. But remember: just because you’re immortal, doesn’t mean you’re going to live forever. Collects THE WICKED + THE DIVINE #1-5

With volume 1 here I was absolutely hooked from the get go! The premise is so unique and interesting, I mean everyone’s pop star idols are literal GODS reincarnated every 90 years and only live for 2 before they die. The only problem is that we don’t get much explanation for anything in this volume and I was left with a lot more questions than answers. I’m actually still not 100% sure of what’s going on….at all. But that’s okay because it’s still SO GOOD!

The overall mythology/world building is pretty vague but already extremely fascinating. Of course there’s loads of room for more development, which I’d love, such as exactly why the gods are reincarnated and why it’s only every 90 years etc. Anyways probably one of my favorite parts about this graphic novel is how diverse the gods are, not only with thier human bodies but with the actual gods themselves. We see gods from all different kinds of mythology and religions : Irish, Egyptian, the religion of Christianity, Norse, Shinto (a Japanese religion), Greek, Sumerian, and probably a ton more as well! I think it’s AWESOME to see some other mythologies other than the traditional Greek and Roman being represented in stories, it’s fun to learn about all of these other gods, goddesses, and deities.

The characters, if you couldn’t already tell, were a-ma-zing! As I already stated they were all very diverse characters with different races and sexualities as well as the gods themselves being from many different mythologies and religions. Laura, the main character, was really relatable one of the main reasons being that she’s a huge fangirl of the gods. She’s pretty down to Earth and feisty! I also absolutely fell in love with Luci aka Lucifer, I mean seriously her character is so badass and all around amazing. One of the greatest characters I’ve ever come across! The Morrigan is a close favorite as well since I think her character is gorgeous and also one of the more interesting gods since she’s an Irish war goddess but is a sort of 3 goddesses in 1 type of thing! Overall though each god was very different with their own unique styles and personalities so they’re pretty easy to keep track of.

The art style……..how do I even begin to gush about the stunning artwork in “The Wicked + The Divine”? It’s one of the best art styles I’ve come across in a graphic novel it’s realistic, detailed, and the color palette is absolutely beautiful! I adored how vibrant all of the colors were! I was forcing the pages in everyone’s faces so they could behold how gorgeous the art is!

Also that ending is pretty brutal so I recommend having the next volume on hand!

I think I have to say that this was my favorite volume so far (out of the 4 I’ve read) because it was very action-packed with many crazy plot twists!

Basically in this volume Laura is trying to figure out who was behind the events that occurred at the end of volume 1 and some of the gods are willing to help her out as well.

We finally get a little more insight on the gods, which I liked but I still really had no clue what all was going on and what the “bigger picture” is. I’m starting to think there isn’t really any larger plot line here at all though, which is a little disappointing.

There’s also new characters! Yay! More badass and visually pleasing gods and goddesses! I have to say I absolutely loved the addition of Inanna because he’s gorgeous and also reminds me very much of Prince which I think was the point but still! He’s perfection!

Of course the artwork is STILL gorgeous too!

And also this is probably the most cliffhanger-y ending I’ve ever read! Definitely have volume 4 at the ready! (volume 3 is filler)

My least favorite volume seeing as how it’s mostly just filler and doesn’t really continue the story from volume 2 at all. Also apparently James McKelvie was on a break during this volume so a bunch of guest artists were brought in to illustrate each issue so the beautiful artwork we all know and love was not present in volume 3. I honestly really hated some of the artwork too…….

Basically all we get to see here is the backstories on a lot of the gods and see how they went from human to deity. My favorite origin story would definitely have to be The Morrigan and Baphomet which was also thankfully accompanied with a decent art style.

I just felt that I couldn’t really focus that well on appreciating the backstories when that ending from volume 2 had me still screaming in agony!

My overall thoughts were that this was okay but definitely not as impressive.

Finally answers to what the hell happened at the end of volume 2! A ton of shit goes down in this volume, there’s a lot of action and fight scenes and they are amazing! It was a lot of fun to get to see all of the gods’ powers and abilities since we haven’t seen too much of them up until this point.

Really loved getting to see Laura again and especially in this volume, no spoilers though! The characters were of course all as wonderful as they’ve been so far but we don’t really see any new characters in this volume either.

As much as the story picked up on this volume it was also very, very confusing. Once again I’m left wondering if there’s really anything else going on behind the scenes or if the only story we get to see is the “whims of the gods” type of thing. I am still hoping there’s something “bigger” going on. I’m also just very confused in general especially with that ending. The ending this time around was a little underwhelming and left me feeling curious but also not dying to know what’s going to happen next either.

I’m also glad we are back to the original art style, thank goodness!

Overall I HIGHLY recommend checking this series out!

Links for The Wicked + The Divine, Vol. 1: The Faust Act 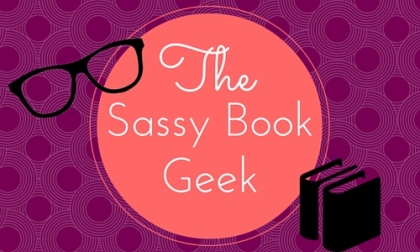