Surrounded by enemies, the once-great nation of Ravka has been torn in two by the Shadow Fold, a swath of near impenetrable darkness crawling with monsters who feast on human flesh. Now its fate may rest on the shoulders of one lonely refugee.
Alina Starkov has never been good at anything. But when her regiment is attacked on the Fold and her best friend is brutally injured, Alina reveals a dormant power that saves his life—a power that could be the key to setting her war-ravaged country free. Wrenched from everything she knows, Alina is whisked away to the royal court to be trained as a member of the Grisha, the magical elite led by the mysterious Darkling.
Yet nothing in this lavish world is what it seems. With darkness looming and an entire kingdom depending on her untamed power, Alina will have to confront the secrets of the Grisha . . . and the secrets of her heart.

Well, I just didn’t love this as much as I should’ve. I know a TON of people absolutely ADORE this book and this series but I just didn’t feel that connection. Don’t get me wrong though it was okay I did kind of like it, I just had some issues with it.

I would say one major issue I had with “Shadow and Bone” was the world building. This is supposed to be a FANTASY and I didn’t feel like I was reading one. I felt like I was kind of thrown into the world without being told the who’s, what’s, when’s, where’s, or why’s. I felt like one of those blindfolded people in those Febreze commercials, “Oh here’s a really nice smelling fantasy, YA book with a wonderful description I bet it’s really wonderful.” *takes blindfold off and discovers a book full of disappointment and no fantasy* I just can’t do a good job of expressing it really, I just felt frustrated with it.

Then there’s our MC Alina. What a sorry excuse for a female protagonist. She was weak, pathetic, and needy. I HATED HER. She was a complete damsel, she wasn’t the badass Grisha that I was promised! All she does is stumble around not knowing what’s going on and going all gaga over Mal and the Darkling. That’s it. She sucks. She’s the #1 reason I didn’t enjoy this book as much as I should have.

The plot was decent, it was enough to keep me reading throughout the beginning of the book and the end, but I felt like I really had to force myself to keep reading through the middle. There were a couple of times I thought about DNFing it, but as I’ve said before in other reviews, I HATE not finishing books. Especially when I bought and paid for them already. It was really easy to keep putting this book down and not picking it back up for a while, it didn’t capture my attention as much as a fantasy should have.

Also the characters weren’t really that great, I didn’t care what happened to any of them really. Usually I have a problem with getting too attached but that was not the case with any of these characters. Alina sucked, Mal was boring, and all of the others were just meh. Pretty much all of the other Grisha were stuck up jerks. I did, however, LOVE Genya. She was freaking awesome. And the Darkling was just….yummy, if you’ve read “Shadow and Bone” then you get it, if you haven’t then you WILL.

So “Shadow and Bone” is really just a decent read, I will eventually get around to reading “Siege and Storm” because I REALLY want this series to get better. 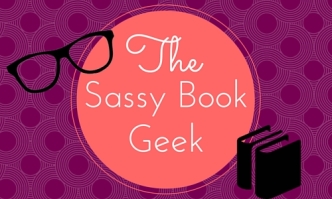