So this week’s theme is basically anything to do with characters! You can put any spin on it that you’d like and I decided to do diverse characters since we could always use more diverse book recommendations, am I right? The characters I’m including are diverse in ethnicity and sexuality and there’s also some mental illness rep here as well.

I’m slowly working my way through the diverse books on my TBR but putting this list together has made me realize I really need to read more of them faster!

These are in no particular order and I will link each book title to my full review in case you’re interested! 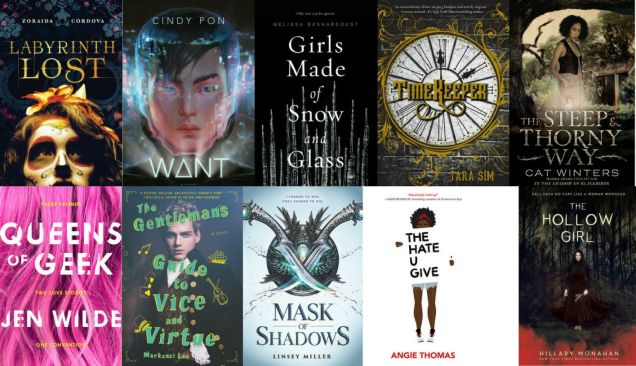 This book has a Latino main character who also happens to be a bruja (witch) and when she seeks to rid herself of her power she ends of losing her family and to find them again she must enter a magical realm to save them. This is a very creative and magical book, highly recommended for Halloween coming up too!

While I wasn’t the biggest fan of this book I did still enjoy it and it’s diverse cast of characters (mostly Taiwanese) and Pon’s tackling of many big issues such as global warming, pollution, and poverty within the plot line. Still a very interesting book even though the pacing was a little off for me.

Girls Made of Snow and Glass by Melissa Bashardoust

While this isn’t the most diverse book on this list it still includes a really adorable F/F romance between the main character and another side character, I don’t want to give it away. This is a Snow White retelling that really delves into new representations of “Snow White and the Evil Queen” in a very unique way.

This is a very underrated book that’s set in a steampunk Victorian London with a gay main character who falls in love with a clock tower’s spirit. It’s so incredibly adorable and heart warming! Plus it’s something I’ve never seen done before!

Cat Winters is an incredible writer and her books should be in the lime light a lot more than they are! This book deals with a biracial girl in the 1920’s dealing with racism and hate crimes who is starting to suspect her father’s death wasn’t an accident. There is also the inclusion of a gay character dealing homophobia and hate crimes as well. This is said to be a sort of retelling of “Hamlet” and there is a bit of the paranormal in the plot as well.

Probably the most diverse book included on this list! We have bisexual characters, gay characters, characters of different ethnic backgrounds, characters with mental illness or other disabilities. Everything is also handled and represented incredibly well due to it being an #OwnVoices book and I personally can speak for the anxiety rep as well. There is so much adorableness and so many heart warming moments as well, overall fantastic book full of diversity!

A Gentleman’s Guide To Vice and Virtue by Mackenzi Lee

A story with a M/M romance and the characters both think the other doesn’t love them back, but it’s also full of some crazy shenanigans and a trip across Europe. You’ll ship these two so hard, trust me!

Mask of Shadows by Linsey Miller

This was a huge surprise to me, I found it way more enjoyable than I had originally anticipated! This is what I wanted “Throne of Glass” to be, full of violence and a main character who isn’t afraid to show their skill and do anything it takes to win. The main character is also gender fluid!

The Hate U Give by Angie Thomas

Pretty sure everyone’s heard of this one by now! This is a fantastic story with a very powerful plot which includes an African American girl as our wonderful main character who is dealing with the aftermath of a police officer shooting her unarmed friend. As I said it’s incredibly powerful and so well written, I highly recommend reading it.

The main character of this book is Welsh Romani (which we definitely do not get to see very often in books at all) and is studying herbcraft (and hopefully witchcraft) under her Gran. However, her and her friend are brutally assaulted and in order to save his life she must harvest body parts from the boys who did it. I recommend checking out my trigger warnings in my review before reading this one.

Have you read any of these books as well? What did you think?

Do you have any of these on your TBR?

What are some of your favorite books with diverse characters? 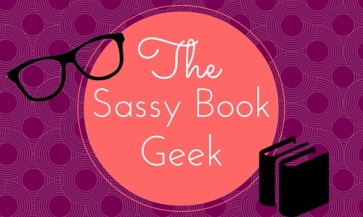 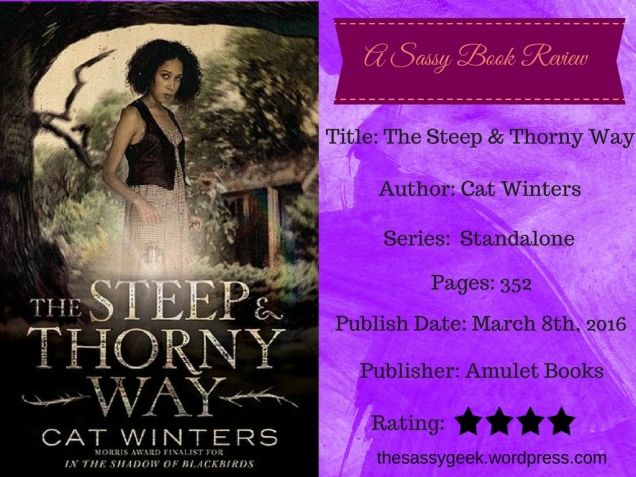 A thrilling reimagining of Shakespeare’s Hamlet, The Steep and Thorny Way tells the story of a murder most foul and the mighty power of love and acceptance in a state gone terribly rotten.

1920s Oregon is not a welcoming place for Hanalee Denney, the daughter of a white woman and an African-American man. She has almost no rights by law, and the Ku Klux Klan breeds fear and hatred in even Hanalee’s oldest friendships. Plus, her father, Hank Denney, died a year ago, hit by a drunk-driving teenager. Now her father’s killer is out of jail and back in town, and he claims that Hanalee’s father wasn’t killed by the accident at all but, instead, was poisoned by the doctor who looked after him—who happens to be Hanalee’s new stepfather.

The only way for Hanalee to get the answers she needs is to ask Hank himself, a “haint” wandering the roads at night.

This is my first Cat Winters book and color me VERY impressed. I can’t believe it’s taken me this long to read one of her books!

I don’t think a review will do the book justice! I’m also going to go ahead and let you all know that I had a hard time writing this review, it was such a different and unique book I didn’t quite know where my thoughts were. I apologize if the review’s kind of all over the place.

Let’s just jump right into the review then, shall we?

I’m just going to start and off and remind all of you that this book is retelling of Shakespeare’s “Hamlet” and I’ve never read “Hamlet”. I know, I know but that’s the truth. Therefore I won’t be making any comparisons between this book and that play.

I will tell you that while I read I did make some comparisons between this book and “The Lion King” though….since that’s also based off of “Hamlet”. That counts right?

Cat Winters really immerses you into the time period, reading this book was like being thrown back into the 1920’s. She pays attention to every detail and shows us the world through the eyes of a young colored girl living during a time where the Ku Klux Klan ran rampant. Winters also explores the prohibition briefly as well as the eugenics movement.

This book had such a powerful atmosphere to it and there was a lot of hate in that atmosphere as well as fear and sadness. I felt every emotion while I read “The Steep & Thorny Way”. Hate at the bigots who tried to empower themselves through terrorizing innocent people and fear for the characters becoming victims of such hate.

It gets VERY emotional, I choked up more than a couple of times while reading.

I also really loved how Cat weaved a paranormal element into the story, apparently this is a theme with her writings but since this is my first book by her I cannot really go into detail on that. There was just the right amount of paranormal added that worked well with the mystery of what actually happened to Hanalee’s father.

The story does take some turns for the better and the worse, it managed to keep me on edge as well as keep me guessing. It wasn’t as predictable as most YA books these days, there was no insta-love, no love triangle, no romance at all to speak of. I loved it for that too.

Cat’s writing is probably my favorite part though, it’s quite simply beautiful. I don’t think anything I write will do it justice, but it really pulls you into everything that’s happening. You feel what the characters are feeling and that signifies to me a book that was written fantastically.

I did enjoy the overall story/plot of “The Steep & Thorny Way”, it was very engaging and moved along at a decent pacing. But I had some minor issues with it.

One being that I felt the central mystery of the plot was a little lacking, there wasn’t enough searching and trying to figure it out on Hanalee’s part. Her father’s ghost pretty much provided her with all of the answers, Hanalee didn’t have to do much figuring on her own. That’s a little to convenient for me but not anything that bugged me immensely while reading.

Another problem I had was that the ending came a little bit too soon for me. I had to double check just to make sure I’d read it right, it just felt a bit too rushed. It was a good ending though, just felt a tish bit off.

Hanalee Denney is our main protagonist and she’s probably the best part about reading this book. She’s strong and determined, but she’s also very believable as a character. She isn’t perfect, she has her flaws. Hanalee also makes some very rushed decisions throughout her journey, but else do you expect of a 16 year old girl? She simply is reacting to what the world has thrown at her.

Hanalee is simply everything I love in a main character, especially a female one.

There’s also Joe Adder who is pretty much the secondary main character and I absolutely loved him. I loved him just as much as I loved Hanalee. He’s also a victim of hate and hate crimes. I won’t spoil why for you though. Joe is a very strong  to overcome the obstacles that were put in his path and he’s quite a sympathetic character.

There was also a slew of secondary characters as well such as Hanalee’s mother and stepfather, and her best friend Fleur. They were good characters but they didn’t really add a whole lot to the story for me.

Overall this is a fantastic piece of historical fiction and even though the mystery in the plot didn’t really work for me, the setting more than made up for it. I also loved that this book contained none of the usual YA tropes I’m used to seeing in other books.

Most definitely, if you’re a lover of unique books that don’t have your usual YA tropes then this is for you! Also if you love historical fiction books, this is probably one of the best around! 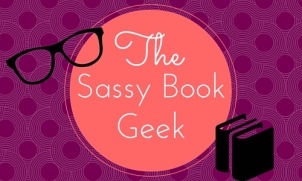