For Ivy Jensen, it’s the eyes of a killer that haunt her nights. For Parker Bradley, it’s bloodthirsty sea serpents that slither in his dreams.

And for seven essay contestants, it’s their worst nightmares that win them an exclusive, behind-the-scenes look at director Justin Blake’s latest, confidential project. Ivy doesn’t even like scary movies, but she’s ready to face her real-world fears. Parker’s sympathetic words and perfect smile help keep her spirits up. . . at least for now.

Not everyone is so charming, though. Horror-film fanatic Garth Vader wants to stir up trouble. It’s bad enough he has to stay in the middle of nowhere with this group—the girl who locks herself in her room; the know-it-all roommate; “Mister Sensitive”; and the one who’s too cheery for her own good. Someone has to make things interesting.

Except, things are already a little weird. The hostess is a serial-killer look-alike, the dream-stealing Nightmare Elf is lurking about, and the seventh member of the group is missing.

By the time Ivy and Parker realize what’s really at stake, it’s too late to wake up and run.

****I’d like to thank Lauren @ Wonderless Reads for recommending this book to me!****

“Welcome To The Dark House” is a good horror book, unfortunately it wasn’t something that completely blew me away but it was definitely very fun and entertaining.

This book is PERFECT for any horror movie lovers because it’s basically a slasher movie in book form, seriously, it reads exactly like a horror film. Which has it’s downsides as well as upsides. The downside being that this makes the book feel a little corny at times and a bit underdeveloped, like most horror movies, and the upside being that it makes reading the book ten times more fun if you already love the horror genre.

The first half of the book is spent orienting ourselves with the characters pretty much, they all enter a contest  to meet famous horror director Justin Blake and are then dropped off in the middle of nowhere, in a forest, in an old house. How could anything go wrong with all of that in  a horror book, am I right? So for the most part we get to know everyone and nothing insanely scary happens, creepy sure but not scary.

However, the second half of the books gets a lot better. There’s more action, scares, and a lot less talk. Although I would say it still wasn’t that scary for me, it was more suspenseful than anything which is definitely alright. All of the characters proceed to be locked within a Justin Blake themed, abandoned amusement park and each character has their own ride that is related to their “nightmare” or worst fear. Those scenes were probably the best ones in the entire book, the suspense there is what kept me really reading.

One thing that kind of drove me crazy throughout my reading though? The 6 different POVs. In my mind the only time that many view points is OK is in fantasy books. I do understand why it was told this way since it is a horror book we need to be able to see everyone slowly getting picked off but I think there was too much time spent on us trying to relate to these characters when they were just B horror movie stereotypes.

I also didn’t really like the ending at all because it left me with more questions than answers and it just wasn’t very satisfying. I understand that all of the questions will be answered in the sequel but really why leave us hanging with such a shaky ending? It wasn’t even a cliffhanger it was just sort of confusing.

One random thing I loved about this book: it’s set in Minnesota. I live right next door in North Dakota so it’s always fun to find books with settings near me!

As far as the characters I’m kind of in the middle, while I did sort of like them and they did get quite a bit of depth I still found them a little lacking. We spend the entire first half of the book switching through six different POVs in order to get to know these characters and yet I don’t feel like we ever REALLY know them. Sure we get where they come from and how they act but we don’t get a ton of insight into their characters which doesn’t make a lot of sense to me since we literally get into each character’s head space.

Ivy, is the main character and yet we spend about as much time in her POV as the other characters so to me she never really felt like the main character. I probably would have enjoyed it more if it was told just from her point of view. Ivy’s nightmare and story are the creepiest and most terrifying of all BUT no spoilers! I also very much enjoyed the fact that Ivy suffers from anxiety and I say this because I too suffer from bouts of anxiety and I loved the fact that this was portrayed in a YA novel, not to mention it made her ten times more relateable for me.

As I briefly mentioned earlier the other characters are all classic horror movie stereotypes: the goth girl, the virginal sweetheart, the average one, the handsome guy, the rebellious guy, and the special snowflake. They may not embody these perfectly but you get the picture right? To me these kinds of characterizations had their upsides and downsides, while it’s kind of fun to have cheesy horror movie characters it also makes them feel unrelatable. I mean come on, is anyone really this cliched?

As for the romance…… no. Too insta-lovey for my taste and very unrealistic, not to mention it lacked all kinds of chemistry. Alas though what kind of horror book would be complete without a cheesy love interest?

Overall I liked this book and there were things that bothered me so a 3 star rating is perfect, right in the middle which is exactly how I feel about “Welcome To The Dark House”. I’ll definitely be checking out the sequel though!

If you’re looking for a good YA horror book then definitely check this one out, what may not work for me may work for you after all!

This is a decent book but realistic things don’t scare me as much as the unknown. So if murderers scare you more than ghosts this may be the book for you! This is also a great Halloween read for those of you looking for creepy books to add to your TBR. 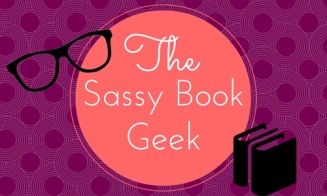 Well I haven’t done a monthly wrap up in a while and I figured I better start again, I’m absolutely terrible about staying organized with my posts right now but I’m trying to get better about it! It’s pretty hard to be an organized blogger in the summer for me though. I’ve got a slew of book reviews to write as well as tons of tags to do but here’s my June Wrap-Up at least!

With Malice by Eileen Cook –

A Drop of Night by Stefan Bachmann –

Welcome to the Dark House by Laurie Faria Stolarz –

The Raven Boys (The Raven Cycle #1) by Maggie Stiefvater

With Malice by Eileen Cook

(I’m sorry I’ve been slacking so bad with these other reviews guys!)

Hyped Books: The Good & The Bad

A Study in Charlotte by Brittney Cavallaro

How was your reading month this June?

What are you currently reading?

What’s on your TBR for July?