Wow, there are TONS of awesome books being released this month! So many books and so little time, problems of our bookworm lives am I right?

I usually will do a few honorable mentions at the bottom of these posts but this is already super long so I’m going to skip it this time around! There were only three anyways: Escaping Houdini (Stalking Jack The Ripper #3) by Kerri Maniscalco, Wildcard (Warcross #2) by Marie Lu, and Two Dark Reigns (Three Dark Crowns #3) by Kendare Blake.

Heads up! This is going to be a long posts, seriously there are so many books coming out this month! 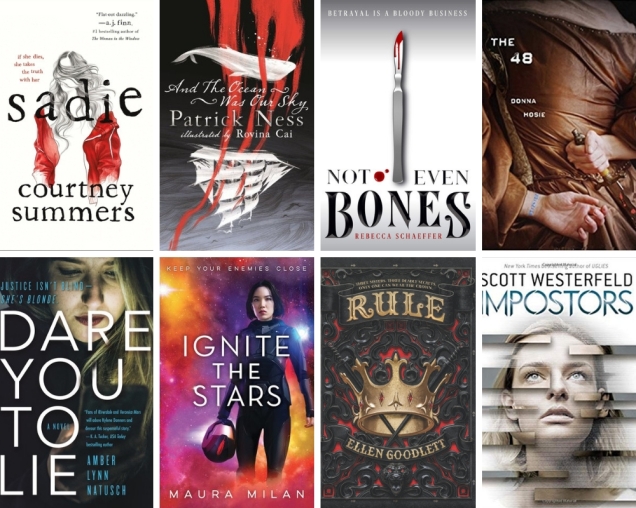 This YA mystery thriller has been getting so much hype lately, I honestly cannot wait to read it!

And The Ocean Was Our Sky by Patrick Ness
Release Date: September 4th

Patrick Ness is one of those authors that is just plain good, I will read pretty much anything he writes! This one is about whales and their ongoing war with the world of men, it sounds very unique that’s for sure!

Not Even The Bones by Rebecca Schaeffer
Release Date: September 4th

This is a dark YA fantasy about a girl who sells magical body parts on the black market but finds the tables turned when she saves one of her mother’s victims and is sold in their place. I’m all for the dark fantasy!

Time traveling agents in the Tudors’ court, I mean that sentence right there makes it sound great!

A kind of run of the mill sounding YA mystery thriller but I still think it’ll be good despite that!

The universe’s most notorious outlaw is also just a 17 year old girl and when she’s captured they expose her real identity and force her to serve them. I believe this is also a diverse book with POC characters and it’s also a YA sci-fi with a gorgeous cover!

This is a YA fantasy about three girls with three deadly secrets and all must compete with each other in order to win the crown. It sounded like it had a lot of political intrigue but I’ve seen some meh reviews and I’m not too sure about this one anymore. It just sounds so good though!

Okay so I was super surprised to see that there was going to be a new book in this series! I really enjoyed the first three books (I could not get into #4) and I’m curious to see how a new addition will be!

The 3rd volume is finally coming out! This is seriously one of my fave graphic novel series of all time and the art is gorgeous!

This is about character who made a deal with the devil and must now watch one of the portals to the Otherworld, a realm filled with nightmarish creatures. That is until a young witch slips past him with the help of a vampire into the Otherworld and he must get her back before chaos consumes both planes.

I haven’t heard the best of things about a lot of Houck’s books but this one sounds amazing!

This is an odd sounding book but the main character is a lightning rod for monsters and she is constantly fleeing 50s-esque horror creatures. It sounds really interesting though and I’m all for anything remotely horror related!

Another book whose synopsis has a lot going on in it but is a space opera with gods, curses, sentient warships, and political intrigue. So much coolness going on here! It’s also Indian inspired fantasy!

The first book was a pretty interesting Little Mermaid retelling with diverse characters and Norse mythology. I’d like to give the sequel a try!

A YA dark fantasy about a village who makes human sacrifices to the Devil’s Forest during the Slaughter Moon after the deal they made with the devil in order to prosper. This? This right here? This is the kind of book I need more of, this sounds super good!

Horror and rock music collide? Give it to me now! This is about a woman confronting her band’s old lead singer after he left them and become a huge success, but he may or may not have sold his soul to do it.

This kind of sounds horror-y and it’s YA but maybe some fantasy mixed in? I know, very confusing. But it sounds so unique and GOOD! A lost supernatural race, dreams of dark symbols and rituals in the woods where the MC grew up, and the trees calling to her. This synopsis has me so curious!!

Middle East inspired YA fantasy about a..well, a demon race! It’s about a race across the desert on the back of a daeva (shadow demon) before it infects the main character’s soul.

This is a diverse historical fiction about a girl with two hearts, it sounds interesting enough!

SOON! SOON I WILL HAVE THIS IN MY HANDS! I cannot wait for this sequel! The first book was amazing and I need more of these characters stat!

This is a Frankenstein retelling and it’s by Kiersten White, that’s really all I needed to know!

I’m a big fan of Lukavics’ books and this one will be no exception! This is a YA horror about a young woman in 1951 that refuses to conform to society’s image of the ideal woman and is thus put into an asylum where she suffers from increasingly terrifying hallucinations and must destroy the institution in order to survive.

This is a diverse Alice in Wonderland retelling with a black main character!

Give The Dark My Love by Beth Revis
Release Date: September 25th

This is about necromancy! It’s a YA fantasy on the darker side about a girl who resorts to necromancy in order to find the cure for a deadly plague. I’ve said this already but I love dark fantasy, give it all to me now!

For A Muse of Fire by Heidi Heilig
Release Date: September 25th

Asian inspired YA fantasy about a MC who can see the souls of the recently departed and bind them to puppets with her blood. This sounds so freaking cool! 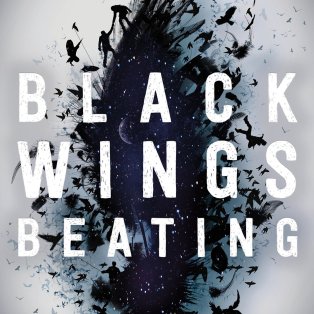 Virtual reality is used to keep a ship’s passengers in a slumber as they journey across deep space, two wake up and must now work together to keep their ship up and running. The coolest thing about this to me was that one of the MCs thought they were raised in ancient Alexandria via the virtual reality and I think that’s really neat. However, I haven’t seen the best of ratings for this one so I’m unsure as of right now if I want to still read it.

This is a YA fantasy where birds of prey and the falconers who call them are revered but war is brewing and the two main characters must find and trap the great Ghost Eagle. Sounds pretty interesting I think !