I know, I know. I’m getting way ahead of myself BUT it’s so hard not to be excited when there’s so many fantastic books coming out! Although this really doesn’t help my TBR out whatsoever….

I’ll be sure to link each title to its Goodreads page if you want to add it as well! 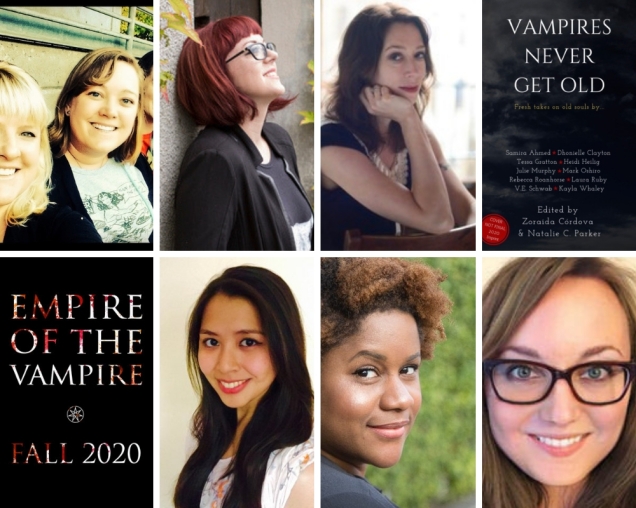 This series is fantastic with all of it’s light-heartedness, fun, and wit so I’m definitely excited for the next installment. However, I’m even more excited knowing it’s about Calamity Jane! It’s set to release in 2020 by HarperTeen.

(If you haven’t read this series yet here’s my full review for “My Lady Jane” which is the first book and is amazing!)

The Invisible Life of Addie La Rue by V.E. Schwab

I’m kind of at the point where I will add anything Schwab is writing but on top of that it also sounds like everything I’ve ever wanted in a book! It’s about a love story between a French girl and the devil that spans over 300 years. She sells her soul for immortality but the devil also curses her to be forgotten by everyone she meets.

Another book I’m adding mostly because of the author, I really enjoyed “The Winner’s Curse” and even though I have yet to read the last book I’m ready for this new book! It’s about a young woman named Nirrim that lives in a city full of crime and ruled by a tribunal that is quick to punish, she’s heard that life outside the city walls is better but no one with her low status is ever allowed to leave. When the Elysium Bird appears at her window she’s prepared to hunt it, catch it, and and change her life.

This is set to release in January 2020 by Farrar, Straus, Giroux.

I’m pumped for a vampire anthology especially since some of these authors are fantastic and it’ll be fun to have some YA vampire stories again!

This is set to release in September 2020 by Imprint.

Empire of the Vampire by Jay Kristoff

So Jay Kristoff writing a dark fantasy vampire book is quite literally all I’ve ever wanted and I didn’t even know it. The synopsis is actually really long and there’s a lot of key points so I’m going to include the entire thing here because it sounds so badass! I have to say this is probably the book I’m most excited about!

Twenty-seven years have passed since the last sunrise, and for almost three decades, the creatures of the night have walked the day without fear. Once, humanity fought bravely against the coldblood legions, but now, we exist only in a few scattered settlements—tiny sparks of light in a growing sea of darkness.

Gabriel de León is the last of the Silversaints, a holy order dedicated to defending realm and church, now utterly destroyed. Imprisoned for the murder of the vampiric king, Gabriel is charged with telling the story of his life.

His tale spans years, from his youth in the monastery of San Michel, to the forbidden love that spelled his undoing, and the betrayal that saw his order annihilated. Most importantly, Gabriel will tell of his discovery of the Grail—the legendary cup prophesied to bring an end to the eternal night.

But the Grail was no simple chalice; it was a smart-mouthed teenage urchin named Dior. Their journey with a band of unlikely allies would see Dior and Gabriel forge an unbreakable bond, and set the broken paragon on a road to redemption.

But now, the Grail is shattered. And with the cup of the Savior destroyed and the last Silversaint awaiting execution, what can bring an end to this unholy empire?

This is set to release September 3rd, 2020 by Harper Voyager.
Where Dreams Descend by Janella Angeles
This is pitched as Phantom of the Opera, meets Moulin Rouge, meets The Night Circus. So essentially the best combination ever that I also didn’t know I needed! It tells the story of a star showgirl who must enter a magician’s competition in order to earn her freedom, as mysterious accidents plague her every move.
This is set to release in 2020 by Wednesday Books.

YA West African inspired fantasy! Something we definitely need more of! In this world a woman’s worth is tied to her purity and she must bleed to prove it. Red blood for the pure, gold blood for the demon. When Deka is found to be a demon she is taken to the capital where she learns how to fight the monsters attacking the kingdom. But all is not as it seems in both the world around her and with herself.

This is set to release in Spring 2020 by Delacorte.

Goddess in the Machine by Lora Beth Johnson

When a girl wakes from a cryogenic sleep on a planet she doesn’t recognize, she must team up with the mysterious soldier who woke her to navigate a future world where technology is considered magic and its practitioners revered as Deities. Sounds like a great blend of sci-fi and fantasy to me!

This is set to release in 2020 by Razorbill.

Are looking forward to any of these releases as well?
Did you add any to your TBR?
What are some of your most anticipated releases that don’t come out for a while?
Let me know in the comments!