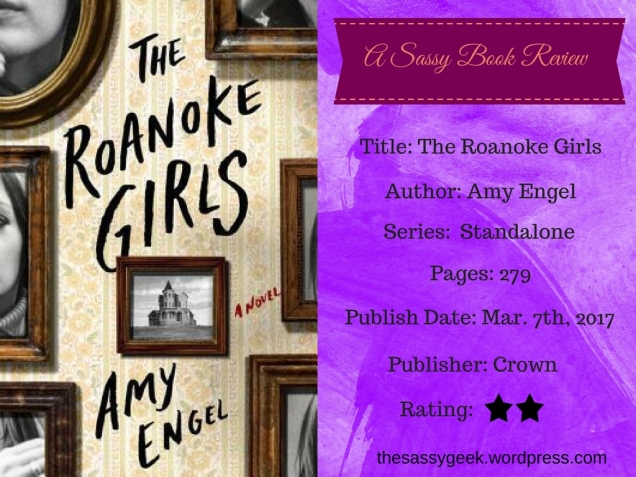 Roanoke girls never last long around here. In the end, we either run or we die.

After her mother’s suicide, fifteen year-old Lane Roanoke came to live with her grandparents and fireball cousin, Allegra, on their vast estate in rural Kansas. Lane knew little of her mother’s mysterious family, but she quickly embraced life as one of the rich and beautiful Roanoke girls. But when she discovered the dark truth at the heart of the family, she ran fast and far away.

Eleven years later, Lane is adrift in Los Angeles when her grandfather calls to tell her Allegra has gone missing. Did she run too? Or something worse? Unable to resist his pleas, Lane returns to help search, and to ease her guilt at having left Allegra behind. Her homecoming may mean a second chance with the boyfriend whose heart she broke that long ago summer. But it also means facing the devastating secret that made her flee, one she may not be strong enough to run from again.

As it weaves between Lane’s first Roanoke summer and her return, The Roanoke Girls shocks and tantalizes, twisting its way through revelation after mesmerizing revelation, exploring the secrets families keep and the fierce and terrible love that both binds them together and rips them apart.

I was actually pretty excited to read “The Roanoke Girls” since it sounded like the perfect dark, gritty, and twisted mystery/thriller but boy was I wrong. This was super disappointing because it wasn’t any of these things….well it was twisted just not in the way I was expecting as it wasn’t shocking, just gross and also pretty boring.

I absolutely love dark, messed up books if they actually have a good plot line that is shocking and intriguing. I can handle some pretty heavy stuff in books including the abuse and sexual abuse that is present in this book but only when it isn’t the SOLE focus of the book. I am not even joking when I say that this book revolves 100% around dysfunctional sexual relationships! There is no other plot and nothing else going on at all! I have to say this was the most disappointing aspect of the book because I was expecting a fast paced thriller and all I got was this!

I don’t want to give too much away even though the “deep, dark family secret” is revealed way too early on in the book, seriously you’ll know exactly what’s going on right away and then there’s no plot twist really at all after that. The “secret” is also very unbelievable it’s honestly just ridiculous, because really all of these girls are subject to the “secret”? Really? And no one did anything? Really? Come on.

So besides that “family drama” the only other thing going on is Lane’s “search” for her cousin Allegra and let me tell you she does a terrible job of actually searching. She was more focused on having sex with her former flame, Cooper. Like helloooo think with your brain not your hoo-ha, lady, your cousin is missing!

I did like the inclusion of flashbacks from Lane and Allegra and also all of the “Roanoke Girls” I thought they were interesting enough for the most part, they added some story. Although I will say once again that the flashbacks were, like everything else in this book, all about sex.

The ONLY  reason I rated this book two stars instead of one was because the writing is fairly good and I was interested enough to keep reading up until the very end.

Overall the plot was pretty predictable and the ending was just…cliche.

The characters in this book were all awful, unlikable, and had absolutely NO personality! They were honestly all a mess and not the hot kind! I feel like the author tried really hard to make these characters complex but it just fell extremely short, they were dull and boring.

Lane, the main character, is very spineless and NOT someone I want to root for at all. As I mentioned earlier it seems that she cares more about getting drunk and banging her ex than she does about finding her missing cousin.

Allegra, is the missing cousin and she’s very vain and manipulative but you know those characters that are so evil and scheming you love them? Yeah, Allegra isn’t one of those characters, she just gets really annoying….

As for the other characters they were like wet mops too. Sure they had lots of flaws but they didn’t really develop the characters at all.

Okay there is romance but to me it is mostly just sex and no feelings, yes there are some “feelings” but there is just such a lack of chemistry it’s blah. Plus on top of that ALL of the relationships are extremely unhealthy and dysfunctional!

Once again I’ll say just how disappointed I was with this story because I was expecting a fast paced mystery/thriller and instead I got no mystery whatsoever! Yeah, should we go look for the missing cousin? Nah, let’s just have a bunch of sex and get wasted instead of actually dealing with our problems! Woohoo!

NOOOOO! Especially if you’re sensitive to the triggers I listed at the top of the review! The story is just plain boring and gross, I really have nothing good to say about “The Roanoke Girls” except that the writing is adequate. If you were hoping for a fast paced thriller with some mystery and intriguing family drama, then just steer clear of this one! 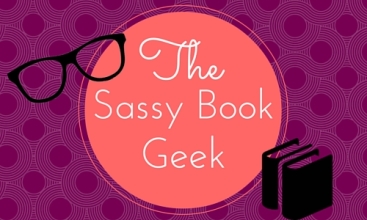 8 thoughts on “Book Review: The Roanoke Girls by Amy Engel”