When sixteen-year-old Amanda Verner’s family decides to move from their small mountain cabin to the vast prairie, she hopes it is her chance for a fresh start. She can leave behind the memory of the past winter; of her sickly ma giving birth to a baby sister who cries endlessly; of the terrifying visions she saw as her sanity began to slip, the victim of cabin fever; and most of all, the memories of the boy she has been secretly meeting with as a distraction from her pain. The boy whose baby she now carries.

When the Verners arrive at their new home, a large cabin abandoned by its previous owners, they discover the inside covered in blood. And as the days pass, it is obvious to Amanda that something isn’t right on the prairie. She’s heard stories of lands being tainted by evil, of men losing their minds and killing their families, and there is something strange about the doctor and his son who live in the woods on the edge of the prairie. But with the guilt and shame of her sins weighing on her, Amanda can’t be sure if the true evil lies in the land, or deep within her soul.

“Daughters Unto Devils” is one dark, twisted, and creepy book. It takes quite a bit of creativity to write a book that actually scares the crap out of people especially in the YA genre but oh man does Amy Lukavics do a fantastic job here! If you’re an avid horror fan who loves gore and terror galore then strap in because you’re in for one Hell of a ride!

The story starts out very slowly and it does take quite a bit of patience to get to any of the creepy parts but they’re there I promise!

We are first introduced to Amanda, our main character, who is the eldest of five children and whose parents are strict Christians. So you can only imagine Amanda’s fear and worry when she discovers that she is pregnant by the post boy who wants nothing to do with her or their baby. Along with the burden of her secret pregnancy Amanda learns that her family plan to move away from their cabin in the mountains and find a homestead on the prairie in order to avoid a brutal winter this year.

As the story progresses we also get flashbacks of the previous winter when Amanda’s mother and baby sister, who was born deaf and blind, almost perished and Amanda supposedly saw the Devil in the woods. Combine these creepy flashbacks with the current gruesome situation on the prairie and you have some spine-tingling chills! I won’t give away anymore because of spoilers!

So in case none of that grabbed your attention here’s a few things that might convince you that this book is truly horrifying and to give it a try:

Need I go on? This book is loaded with TONS of horrific things that will have you sleeping with the lights on for a while after reading! There is most certainly a wonderful mix of quiet, psychological horror as well as good old fashioned jump scares!

The plot and story do get a bit muddled and confusing towards the end but that is what makes the book so terrifying: the unknown. I certainly was satisfied with the way it ended as well although it was left open and little bit up to one’s imagination.

There is also an astonishingly great amount of character development too, we definitely get a lot of it with Amanda herself. She is constantly feeling conflicted with her thoughts and the way she was raised, it made for a very interesting narrative. Amanda overall was a very complex and interesting character.

We also get a fair amount of insight into the personalities of Amanda’s entire family as well mostly her sister, Emily, and her parents. As for a few other extra characters we don’t get much but complexity but they do add to the story in their own ways.

Overall this book was amazing and we should definitely have more YA horror books like it!

Yes! If you’re looking for a great, terrifying, and quick read for Halloween then definitely check this book out! 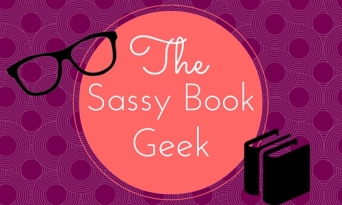 22 thoughts on “Book Review: Daughters Unto Devils by Amy Lukavics”